The Raspberry Pi Compute Module 4 is a tiny computer with the brains of a Raspberry Pi 4 packed into an even smaller package with fewer ready-to-use ports. It’s designed to be used by hobbyists, developers, or companies that want to embed the module in hardware projects or use it with a carrier board that adds ports and functionality.

But at its heart, the Raspberry Pi Compute Module 4 (CM4) is a computer. So maybe it’s not surprising that somebody designed a carrier board that lets use it as a desktop PC.

The Over:Board is a mini-ITX motherboard designed to make it easy to use the CM4 in any mini ITX computer case. The developer is running a crowdfunding campaign for the project and says it should be ready to ship by September (although folks who want something sooner can reserve a prototype or pre-production unit). 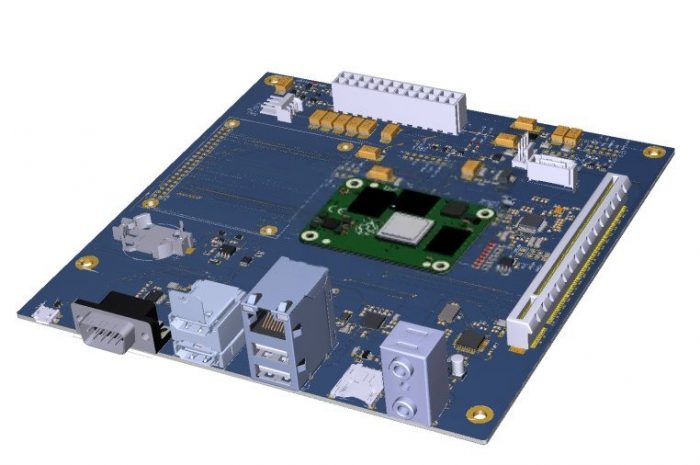 That said, the campaign doesn’t appear to be off to a great start with only 3 backers and $668 raised a day after launch. I suspect the starting price of £99 GBP ($134 US) may have something to do with that – I’m not sure how many folks are looking to spend that much money on an accessory for a little computer that itself sells for as little as $25.

Note that the price does not include the Raspberry Pi Compute Module 4, which you’ll need to supply. The little computer-on-a-module sells for $25 – $90 and features up to 8GB of RAM and up to 32GB of eMMC storage with optional support for WiFi 5 and Bluetooth 5.0.