The ODROID-GO Super was announced in December with a list price of $80 and now it’s available for purchase. While it’s out of stock at the Hardkernel Shop at the moment, Ameridroid is selling the ODROID-GO for $90.

The new model features a 5 inch, 854 x 480 pixel LCD display in the center, with game controllers on the left and right sides and shoulder buttons along the top edge. Overall, it looks a lot like a Nintendo Switch Lite, which is hardly surprising since the the original ODROID-Go from 2018 looked like a Nintendo Game Boy, and the ODROID-Go Advance that hit the streets earlier this was inspired by the Game Boy Advance (with a more rectangular design).

But not only is the ODROID-GO Super less than half the price of Nintendo’s handheld game console, but it’s also a heck of a lot geekier. It’s designed to run an operating system based on Ubuntu Linux, with support for emulators that allow you to run games for the PlayStation 1, PlayStation Portable, Nintendo 64, and other older classic game consoles. 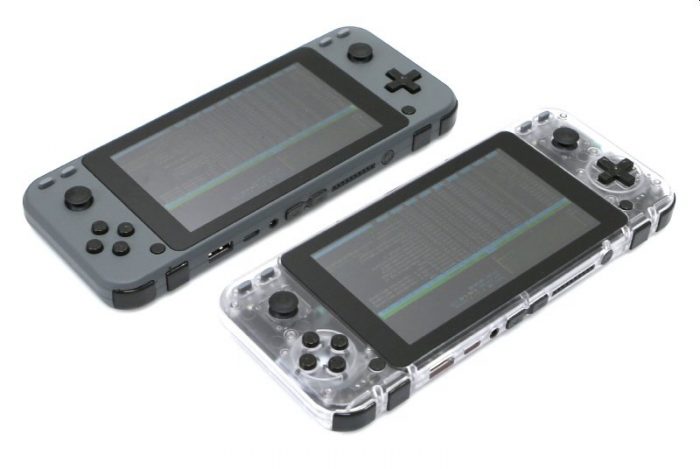 The system features a 1.3 GHz Rockchip RK3326 quad-core ARM Cortex-A35 processor with ARM Mali-G31 MP2 graphics and 1GB of DDR3L memory. There’s a small amount of built-in storage for a bootloader, but the ODROID-GO Super is designed to use a microSD card for storage.

Hardkernel says it’s made a number of changes to set the new model apart from the ODROID-GO Advance, including a larger, higher-resolution display (the Advance had a 3.5 inch, 480 x 320 pixel screen), a bigger battery (the Advance had a 3,000 mAh battery), and support for faster UWB WiFi+ Bluetooth. 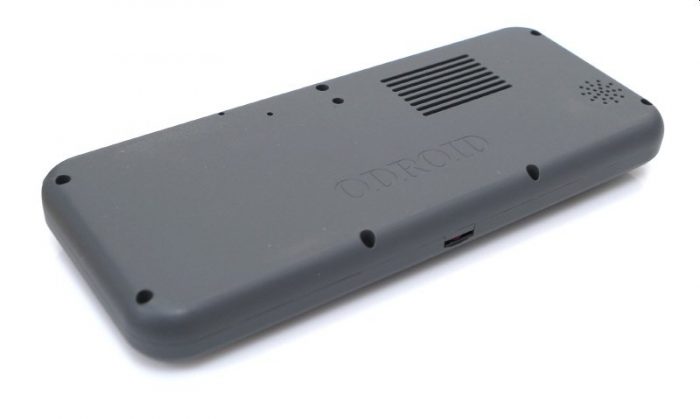 There’s also a second analog joystick, dedicated volume buttons, and the microSD card now has a spring eject system to make it easier to remove cards.

The company will also pre-assemble the ODROID-GO Super at the factory before shipping it to customers rather than shipping a DIY kit that needs to be assembled at home. 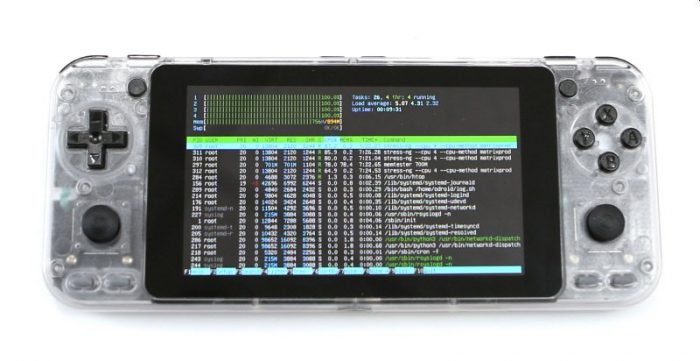 Since the new model has the same processor as the ODROID-Go Advance though, software developed for one device will be able to run on the other.

If you don’t feel like waiting until January (or prefer a smaller handheld gaming device), the ODROID-GO Advance is currently available from Hardkernel for $59.