Last year Microsoft introduced a preview of Windows Package Manager, a utility that lets you install Windows applications from a command prompt. Basically it’s the Windows equivalent of the apt, yum, or pacman tools used by GNU/Linux distributions like Debian, Fedora, and Arch.

But the Windows Package Manager is still very much a work in progress. For example, one big thing it didn’t support until recently? Uninstalling apps.

Anything you installed from a command line still needed to be removed using the traditional Windows add/remove programs dialog. But that’s no longer the case starting with Windows Package Manager v0.2.10191 Preview, which adds experimental support for uninstalling apps. 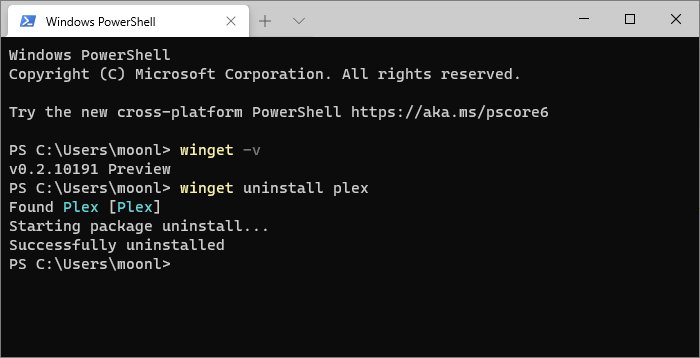 Since the feature is still experimental, it needs to be enabled. After installing the latest version of the Windows Package Manager, you can enable uninstall support by:

Once that’s done, you can use the Package Manager to begin the uninstall process for just about any software on your computer by typing “winget uninstall <app name>.” But there are a few things to keep in mind.

First, Windows Package Manager will launch the uninstaller for the program, which means that you can start the process from the command line, but you’ll probably end up finishing it using a graphical user interface.

Second, the uninstall command is very picky with names. I was able to install VLC media player by typing:

But in order uninstall the same program, I needed to type

You can get a complete list of installed applications and their proper names by typing “winget uninstall” though, which may help. But honestly, it’s probably faster just to launch the Windows add/remove program utility at this point.

Still, it’s nice to see that Microsoft developers are continuing to work on Windows Package Manager, and I’m hopeful that one day it could become a useful tool for adding and removing programs using a keyboard.

Here’s a little preview of `winget uninstall`. It will be released soon in our next preview after localization of some new strings and a little more testing. BTW, the Nightingale REST Client is great. I installed it back on my machine right after this demo was finished 🙂 pic.twitter.com/6IXQGBl8zf

via Windows Central and @DenelonMs