Flat screen TVs and monitors have become the norm these days, but some display makers have been putting out curved displays for a more immersive experience while gaming.

Now LG is introducing a new 48 inch bendable display that the company says offers the best of both worlds: it can be folded at a radius of up to 1,000 mm for gaming or other activities but it can also be unfolded and used as a flat display panel for watching TV and movies.

LG hasn’t announced a price or release date… or even if you’ll ever actually be able to buy a TV or monitor that uses this technology. But the company plans to show off the design during next week’s virtual consumer electronics show. And given LG’s track record, I wouldn’t be surprised to see a smaller version of this display used in mobile devices one day. 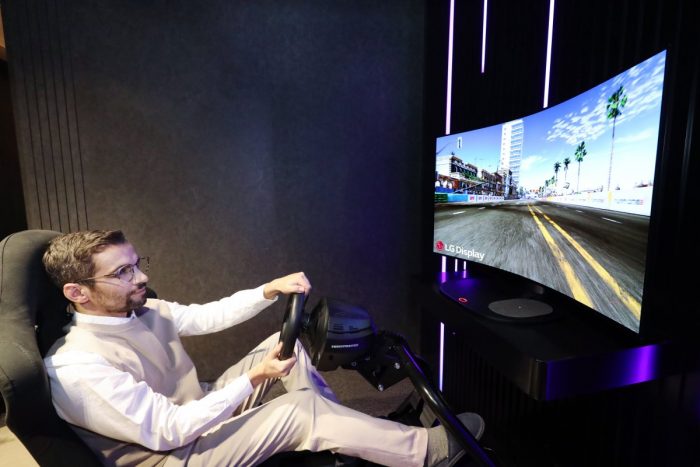 LG, after all, already plans to use its rollable display technology in an upcoming smartphone. Why not use a bendable screen for an upcoming laptop or phone?

For now, LG is only talking about a TV-sized display though. The 48 inch screen is an OLED display that uses Cinematic Sound technology, which means the display itself can vibrate to generate sound without the use of a traditional speaker.

It has a response time of 0.1ms and a native refresh rate of 120 Hz, although it can also support variable refresh rates between 40 Hz and 120 Hz.