The GPD Win 3 is a handheld gaming computer that features a 5.5 inch touchscreen display in the center and game controllers on the left and right sides. The screen can also slide up to reveal a keyboard that you can use for entering usernames, passwords, or chats.

Update: The GPD Win 3 Indiegogo campaign is now live and you can pre-order the little computer for $799 and up.

Liliputing’s GPD Win 3 Preview article is also now live, featuring an in-depth look at a pre-production prototype of the handheld gaming PC. You can also check out our YouTube video to see it in action. 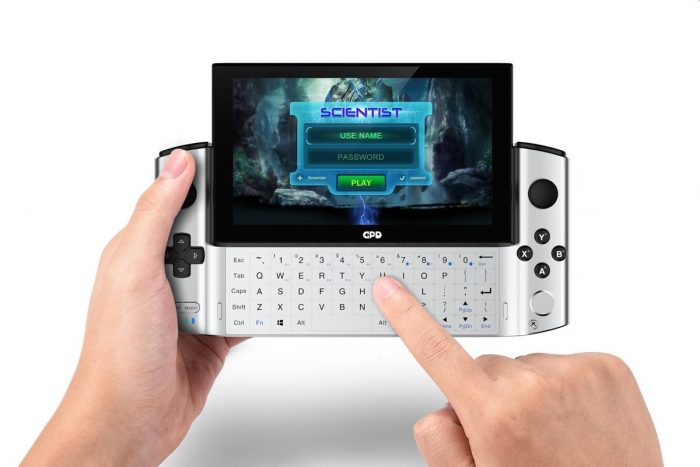 There will be two pricing/configuration options during crowdfunding:

Those prices will likely go up after the Indiegogo campaign ends. But GPD notes that the entry-level model costs just $20 more than the company’s 8 inch Win Max mini-gaming laptop which features a Core i5-1035G7 processor, 16GB of RAM, 512GB of storage, and a very different design.

Update: GPD had originally priced the two models at $829 and $969, respectively, but has reduced the crowdfunding price and revealed that black will be the standard color for the GPD Win 3, but there will be a limited edition $899 silver model. The company has also made it clear that these prices do not include the optional docking station. More details on the dock will be revealed in the future. 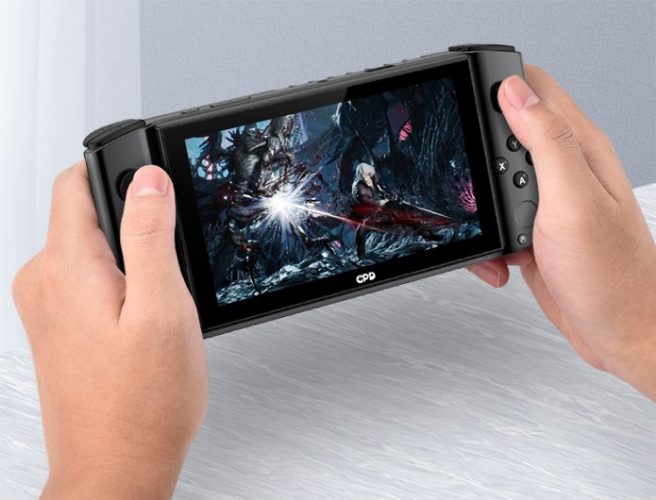 Prices are also very competitive with the latest gaming handheld from rival One Netbook – the OneGx1 Pro has a less powerful processor, detachable game controllers (sold separately for $50), and a starting price of $1360.

While GPD has been putting out tiny gaming computers for a few years, the Win 3 represents a brand new design for the company. Rather than a clamshell notebook device, it’s modeled after Sony’s discontinued Vaio UX series of ultra mobile PCs.

The Win 3 doesn’t fold in half like a laptop. Instead, it looks sort of like a small Nintendo Switch at first glance, but the screen slides upward to reveal a hidden backlit keyboard. It’s a capacitive touch keyboard, which means the keys won’t move at all when you touch them. And since you can’t really put the Win 3 down on a flat surface and still see the screen while typing, it’s obviously not meant for touch-typing. But the keyboard should be good enough for entering the small bits of text required by many PC games. 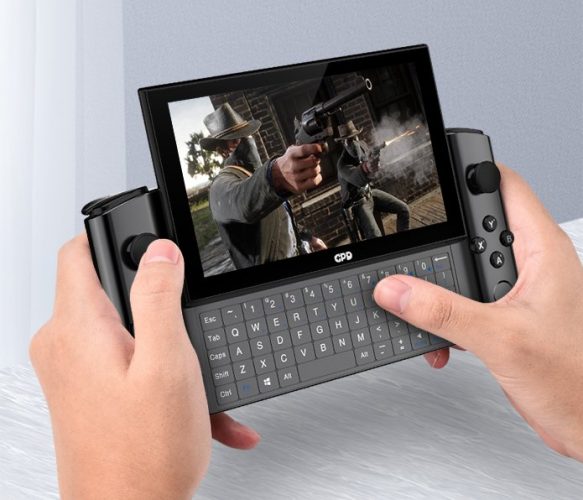 If you want to use the computer for non-gaming tasks, you’re probably going to want to connect an external keyboard. 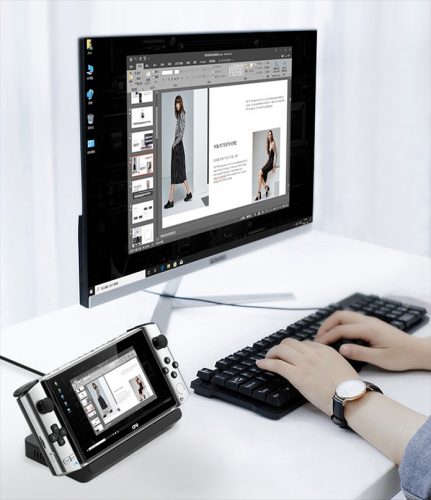 There are also two customizable keys on the back of the computer that you can use to do things like hit the Esc key during a game without sliding up the display to reveal the keyboard in the middle fo the action. 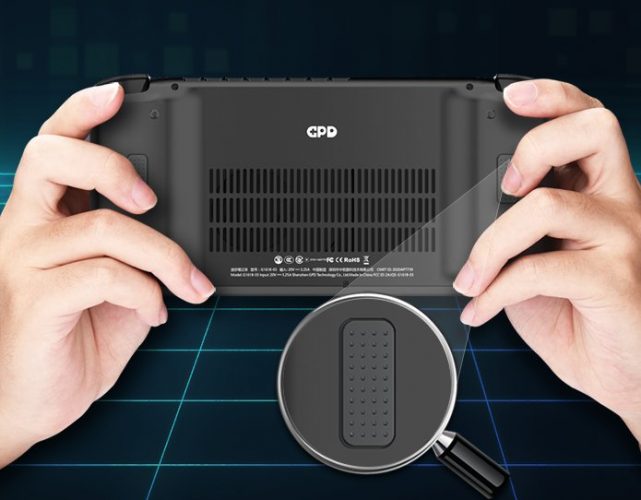 The new model is also GPD’s first device available with up to a Core i7-1165G7 processor, which should bring better gaming performance. And since the little computer has a 720p display, the Intel Iris Xe integrated graphics should be good enough to handle many modern PC games running at up to 60 frames per second.

While 720p resolution might seem kind of low for a gaming machine, the display is only 5.5 inches, so it packs 268 pixels per inch. That’s a bit on the low side for a smartphone screen, but higher than you’d get from most larger gaming laptops. 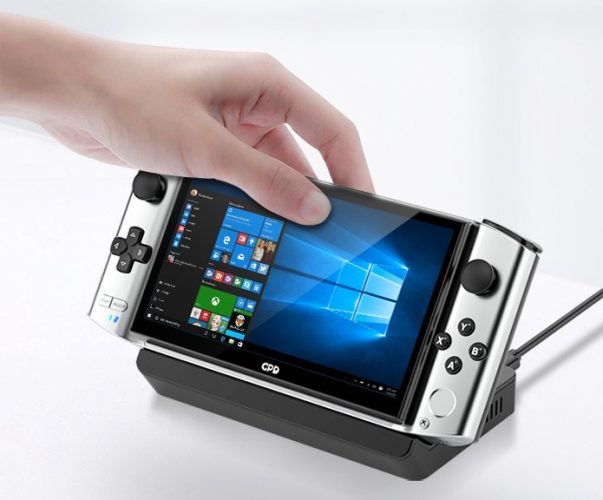 The computer is also designed to work with a docking station that features HDMI 2.0b output, Gigabit Ethernet, and several USB 3.2 ports. 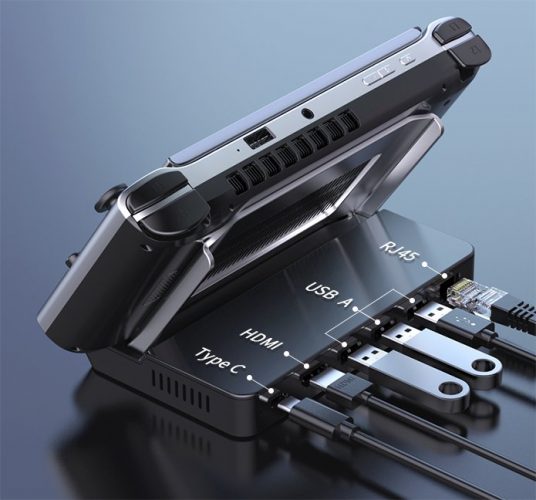 Alternately, if you want to hook up an external graphics dock, the Win 3 has a Thunderbolt 4 port with support for 7.86 GB/s data throughput.

Here’s a run-down of most of the key specs for the GPD Win 3:

The company says the Win 3 will ship in 2021, but GPD hasn’t announced the exact ship date or the start date for the crowdfunding campaign yet.