The GPD Win 3 is a handheld computer that’s designed first and foremost for gaming. As I covered in my review of a pre-release GPD Win 3 prototype, it’s a full-fledged Windows PC with hardware that’s powerful enough for general purpose computing, but the design makes it awkward to use for anything but gaming… unless you start to connect external hardware.

And that’s where the optional GPD Win 3 docking station comes in.

It’s an optional accessory that connects to the Thunderbolt/USB-C port on the bottom of the computer and effectively lets you use the Win 3 like a desktop PC. 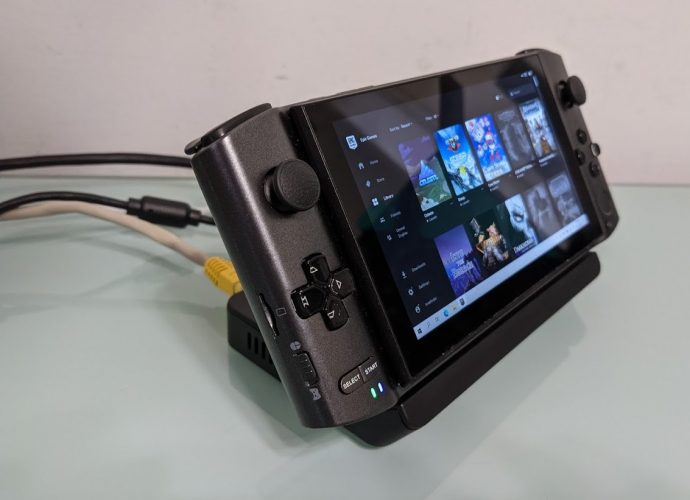 The Win 3 is available for pre-order for $799 and up through an Indiegogo crowdfunding campaign, and the docking station is an optional $50 add-on. GPD provided me with a demo unit for testing purposes, and the company also recently released a firmware update that allows you to use the computer’s game controllers in mouse mode. I wanted to focus on both of those new features in this article.

I say “new,” because the docking station and mouse mode are both new to me since I published Liliputing’s GPD Win 3 Preview, but both features/options will be available to crowdfunding backers and customers as soon as the Win 3 ships.

Anyway, mouse mode is pretty straightforward and works the same way it does on other GPD Win devices: flip a switch on the side of the computer and the right analog stick allows you to move a cursor across the screen, while the L1 and R1 buttons act as left and right click buttons. 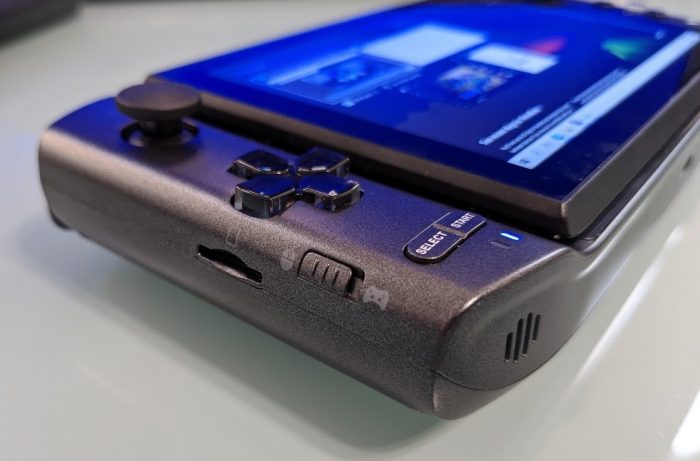 While the Win 3 has a touchscreen display, sometimes it can be easier to use mouse mode when copying and pasting files, opening contest menus, or trying to hit small targets on the screen like the close or minimize buttons in the upper right corner of an app. I also find it easier to double-click by pressing a button than by tapping the screen twice, so I’m pretty happy to have the mouse mode option that was initially missing. 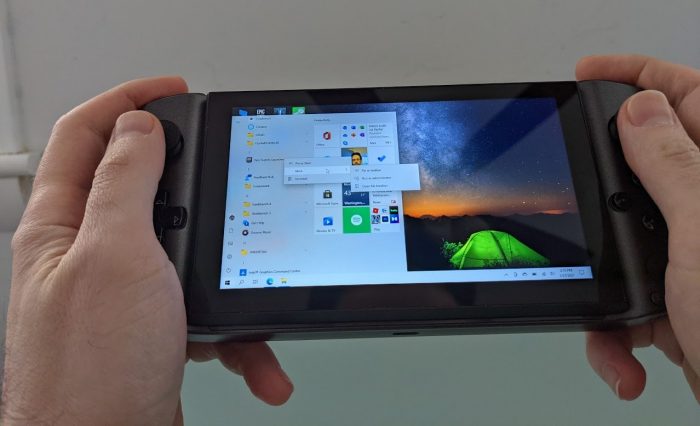 Again, this should be available out of the box for actual customers. It just wasn’t ready when GPD first shipped a pre-release device to me.

The GPD Win 3 has powerful hardware including an Intel Tiger Lake processor, Intel Iris Xe graphics, 16GB of RAM, and 1TB of solid state storage. But it’s hampered by one of the worst keyboards I’ve used on a mobile device (it’s a capacitive touch keyboard reveled when you slide up the display, and it provides no tactile feedback and which often doesn’t register key presses), making text entry a chore. 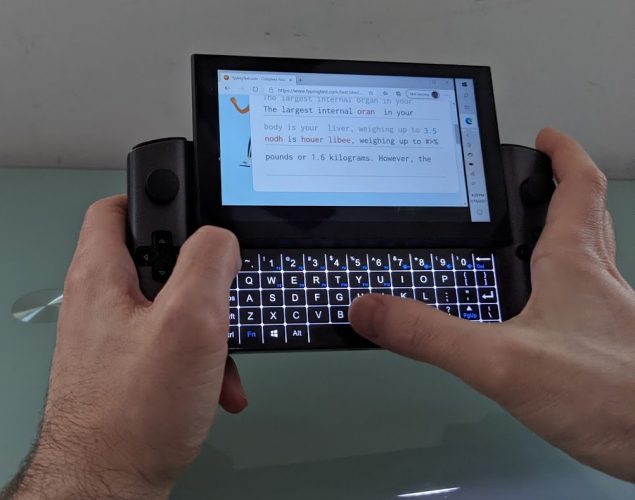 So while the form factor is great for gaming, with a 5.5 inch, 720p touchscreen display surrounded by game controllers on each side, the Win 3 is uncomfortable to use for much of anything else… when you’re using it as a handheld device.

But on the bottom of the computer there’s a Thunderbolt 4/USB-C port that opens up a lot of possibilities. Previously I had tested the Win 3 with a 3rd-party dock that allowed me to plug in a display, mouse, and keyboard. But the official docking station provides a better system for doing that. 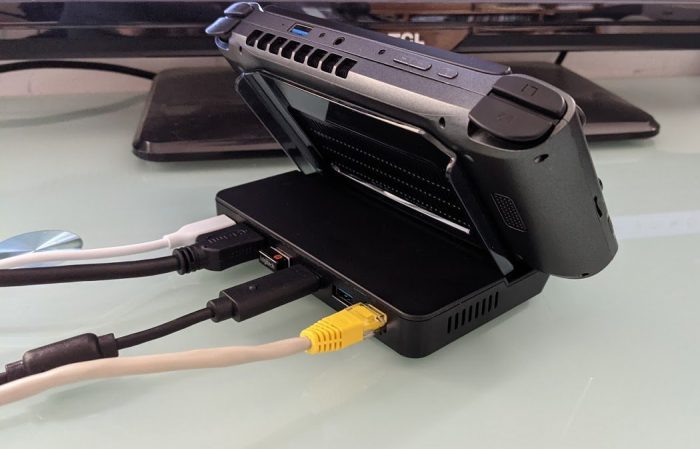 Connect the Win 3 to the dock and you get access to the following ports:

At $50, it’s not a particularly expensive add-on, and unlike third-party accessories it’s designed specifically for the Win 3. That means you can easily connect the computer by attaching the USB-C port on the bottom of the Win 3 to the input on the dock, allowing the computer to stand up so it’s easily visible while docked. 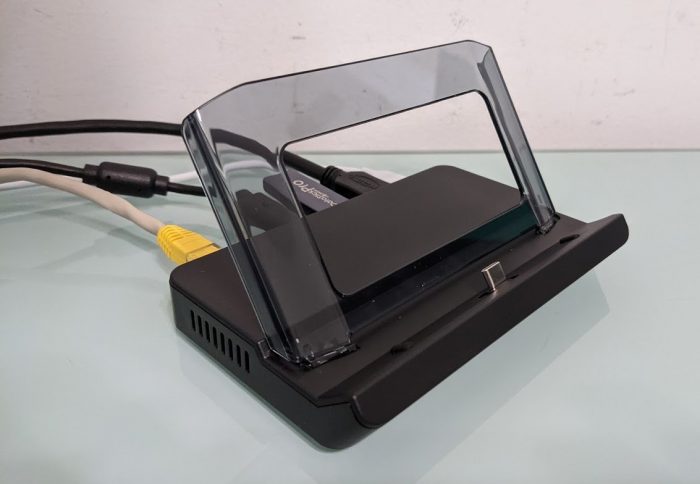 There’s also a cut-out in the stand that allows for air to flow into the intake vent on the back of the Win 3.

One thing to keep in mind is that this is a USB-C dock, but not a Thunderbolt 4 dock. That means you get data transfer speeds up to 10 Gbps, which is good enough for a display, Ethernet connection, and most USB peripherals. But you don’t get the 40 Gbps speeds you’d want if you were going to connect an external graphics dock. So this isn’t the accessory for you if you were hoping to add a high-end desktop graphics card to the Win 3. 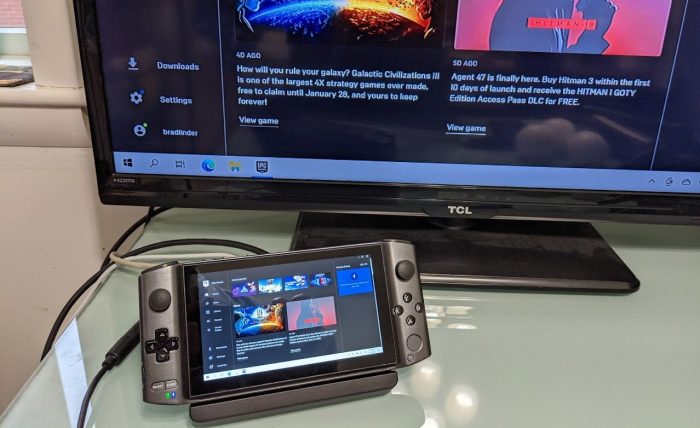 While the built-in Intel Iris Xe graphics are good enough to handle many modern PC games at the 720p native resolution of the Win 3’s built-in display, the computer might struggle with 1080p or higher resolutions. So I think of the dock as allowing you to use this handheld gaming PC as a desktop general-purpose computer rather than as a desktop gaming PC.

That said, I did a little bit of gaming using the dock and a third-party game controller, and at 720p resolutions, the Win 3 performed just as well on a big screen as it does on the small screen. 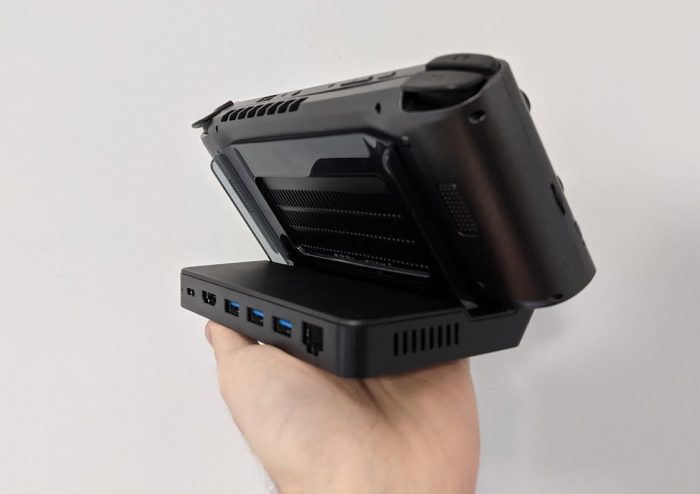 Overall, if you’re just looking for a handheld PC for gaming on the go and don’t anticipate using the Win 3 for much of anything else, you might want to save $50 and skip the docking station. But I think it’s well worth the price if you’re planning on ever using the computer for other activities. 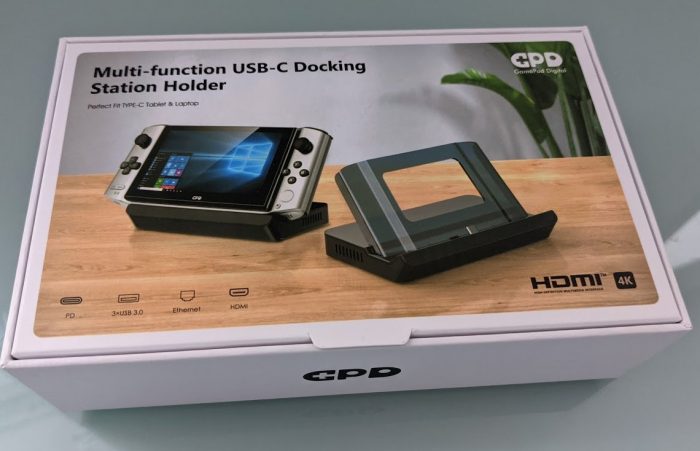 At the very least, it would make the process of setting up the computer and logging into your accounts a lot easier.

For more details on the GPD Win 3 including performance and usage notes, make sure to check out Liliputing’s GPD Win 3 Preview.