Dell is refreshing its gaming laptop lineup with new Alienware M15 and M17 R4 models. Both will be available with up to an Intel Core i9-10980HK octa-core processor, NVIDIA RTX 3000 graphics, and support for up to 32GB of RAM and up to 4.5GB of solid state storage.

Both of the new gaming laptops should be available January 26 with prices starting at $2,149. 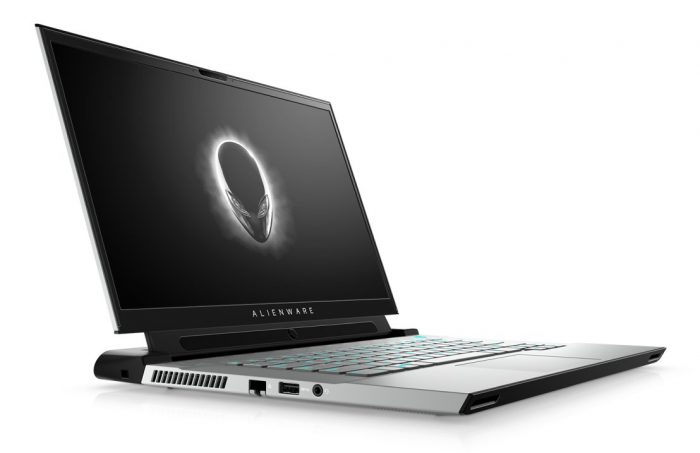 Ports include Thunderbolt 3, HDMI 2.1, mini DisplayPort 1.4, headset, USB 3.2 Gen 1 Type-A, and a microSD card reader. There’s also an Ethernet port with support for data transfer speeds up to 2.5 Gbps, and an Alienware Graphics Amplifier port that lets you connect one of the company’s external graphics docks.

Under the hood, there are three PCIe slots for storage, so the laptop can be configured with a single SSD up to 2TB in capacity, two SSDs (for up to 4TB of combined storage in a RAID0 configuration), or in a RAID0 Plus configuration with up to 4.5TB of storage (2 x 2TB SSDs Plus a 512GB SSD).

Other features include stereo speakers, a cooling system consisting of a CPU vapor chamber, separate 66-blade fans for the CPU and GPU, and four copper heat pipes, an 86 Wh battery, and support for WiFi 6 and Bluetooth 5.1.

The larger model also has a numeric keypad on the right side of the keyboard.