Smartphones featuring Qualcomm’s new Snapdragon 888 processor are expected to begin shipping in early 2021 and when the chip maker unveiled its next-gen flagship earlier this month, Qualcomm promised up to a 25 percent boost in CPU performance, a 35 percent improvement in graphics, and even bigger gains in some AI tasks.

Now the company is providing some numbers to (at least partially) back up those claims.

Qualcomm has released a set of benchmark results showing how the chip scores on synthetic performance tests. These aren’t always indicative of real-world performance, but they do provide one way to compare performance of different processors running the exact same software.

That’s unsurprising since the octa-core processor is the first chip to feature a single high-performance CPU core based on ARM Cortex-X1 technology, and the first to feature Qualcomm Adreno 660 graphics.

But as AnandTech points out, the fastest chip for Android phones still lags behind Apple’s fastest iPhone chips. In fact, not only does the current-gen iPhone 12 Pro still score higher in most tests, but in some tests the 2019 iPhone 11 Pro comes out ahead of the Snapdragon 888 processor that will be used for many 2021 Android flagship phones.

Here are a few data points:

In other words, Qualcomm’s next-gen chip scores higher than Apple’s previous-gen in multi-core CPU performance, but it falls behind in single-core performance and graphics.

But one thing that’s not captured in the benchmarks above is the huge generational leap in AI performance Qualcomm has made with the new chip. In some tests, the Snapdragon 888 performs as much as three times well as a phone with a Snapdragon 865+ processor.

This could come in handy for applications that take advantage of machine learning to do things like image recognition and classification or object detection for augmented reality applications, automatic scene adjustments in the camera app, or on-device speech recognition and language processing. 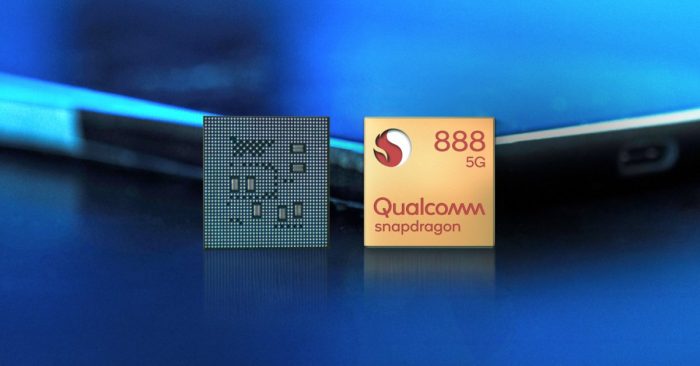 Unfortunately it’s harder to compare AI performance between Qualcomm and Apple chips, because I’m not aware of any iPhone results for the AI benchmarks Qualcomm used in its tests.

Keep in mind that so far all we have to gauge the true performance of the Snapdragon 888 processor are promises and test results presented by the chip maker. We’ll find out what real-world performance looks like once devices begin shipping in early 2021.