Almost two years after we first went hands-on with a prototype, the Nemeio customizable keyboard with ePaper keys is up for pre-order through a Kickstarter crowdfunding campaign.

Super Early Bird backers can reserve one for a pledge of €168 (~$200) plus shipping, and the Nemeio is scheduled to begin shipping to backers in September, 2021. 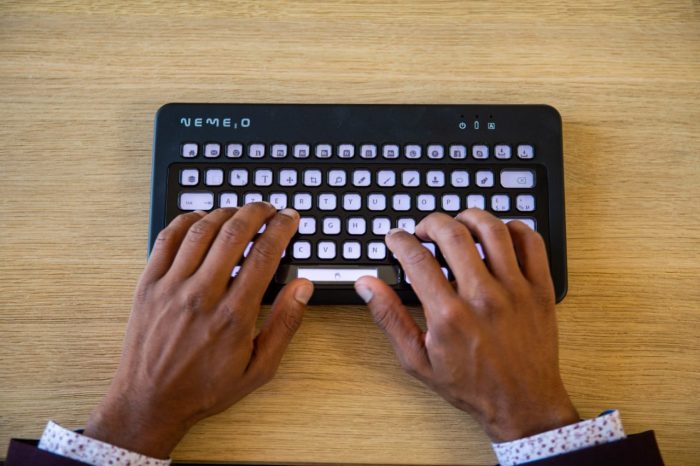 While that’s not exactly pocket change, it’s less than half the expected retail price – when the Nemeio officially comes to market it’s expected to sell for €399 ($465). If you don’t manage to score the Super Early Bird pricing though, there are also Early Bird and Kickstarter Standard deals at €202 (~$241) and €230 (~$274), respectively

Wondering why you’d want to spend that much money on a keyboard? Because Nemeio isn’t really like any other keyboard on the market.

Underneath 81 transparent plastic keycaps is an ePaper display that allows you to change the keyboard layout on the fly. You can use an app to switch between languages or shift to custom icons for the keyboard shortcuts you use in graphic, audio, or video editing software, among other things.

Nemeio can work as a Bluetooth or USB keyboard and it can be used with Windows, Mac, iOS, or Android devices. It has a rechargeable battery good for up to 20 hours of run time when unplugged. 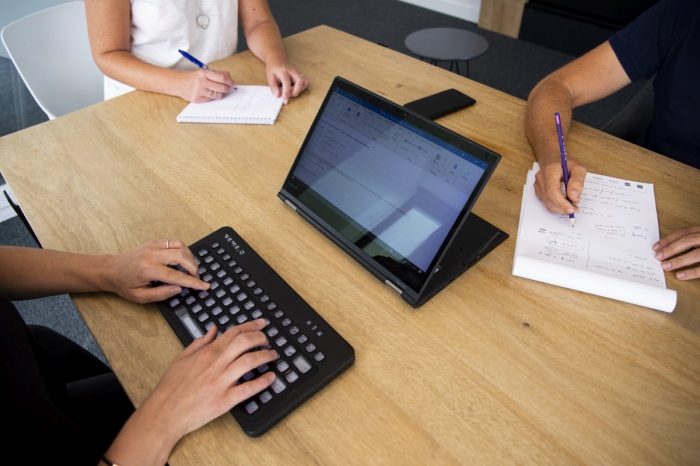 I was underwhelmed by the feel of the prototype I tested nearly two years ago – the keys felt too smooth and the key travel felt a bit off. But company representatives told me at the time that they were working on improving responsiveness of the keyboard, so hopefully some of the kinks have been worked out by now.

One thing that can’t really be helped with this sort of design, though, is that the lettering seems recessed. Instead of seeing the letters, numbers, and other characters painted on top of the keys, you’ll see them a few millimeters below the top of each key, which can take a little while to get used to.

Here’s my video from January, 2019 showing an early prototype: