This week AMD introduced its second-gen Ryzen Embedded processor lineup, promising up to a 2X performance boost over the previous-gen.

While the new Ryzen Embedded V2000 chips aren’t nearly as fast as the company’s latest mainstream laptop and desktop processors, they’re designed for use in different types of computers – think thin clients, industrial and commercial PCs, and digital signage systems that are expected to run for maybe 10 year or so.

So long-term support and processor availability is a key selling point. And it’s one that could appeal to folks just looking for a small, quiet PC too. Enter ASRock and IBASE, two of the companies with some of the first Ryzen Embedded V2000-based mini PCs. 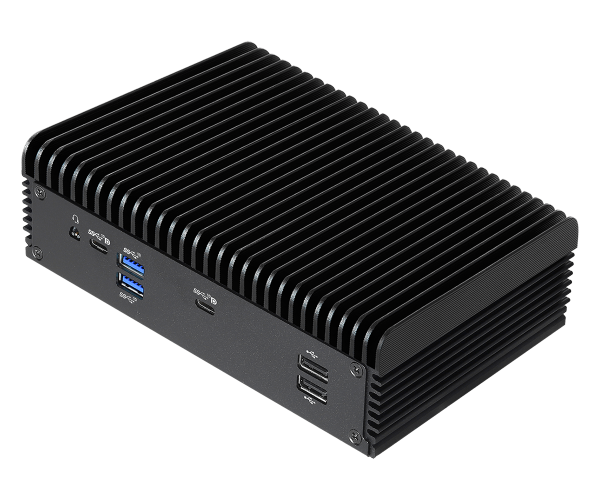 While these little computers are designed for some of the applications mentioned above, they’re basically small fanless desktop computers that may have a few more ports than you actually need.

The ASRock iBOX-V2000 series computers feature AMD RYzen Embedded V2718 and V2516 processors with Radeon graphics and support for up to four displays thanks to an HDMI 2.0a port, a DisplayPort 1.2a port, and two USB-C ports with DisplayPort 1.2a functionality.

The iBOX-V2000 measures about 6.” x 4.3″ x 1.6″ and features passive cooling for silent operation. With no fan or hard drive, there are also no moving parts, which should help extend the longevity of the system.

ASRock has also introduced a line of 4X4-V2000 motherboards featuring the same chips for those who’d rather build their own PC.

Industrial PC and digital signage company IBASE says its new MI989 mini-ITX motherboard for Ryzen Embedded V2000 processors can handle up to 64GB of DDR4 RAM and features 4 DisplayPort 1.4 ports for up to four 4K60 displays.

But the company’s first Ryzen Embedded V2000 computer definitely looks more like an industrial appliance than a home PC. The upcoming SI-334 digital signage player is a computer that can drive up to four displays and which features three Ethernet ports. 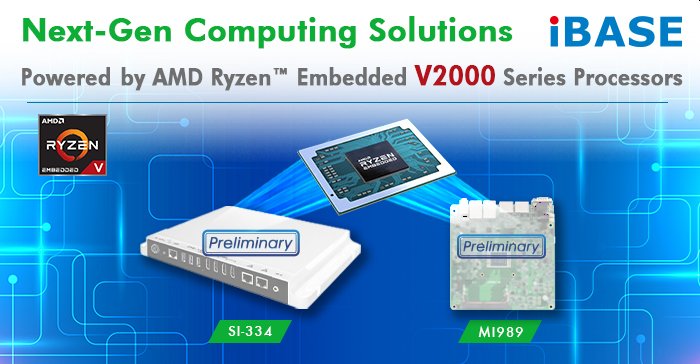