The Lenovo Thinkpad X1 Fold is one of the strangest computers to launch this year. It’s a PC with a 13.3 inch touchscreen OLED display… that you can fold in half. This allows you to use the ThinkPad X1 Fold like a large tablet, a tiny laptop, or as something in-between, like book that you can hold at the crease.

First announced in January, the ThinkPad X1 Fold went up for pre-order in September, and according to Lenovo it’s now shipping, with some models shipping 1 business day after you place an order.

The question is… should you spend $2499 and up on this unusual computer? And based on the few reviews that have been published so far, the answer is… it depends. 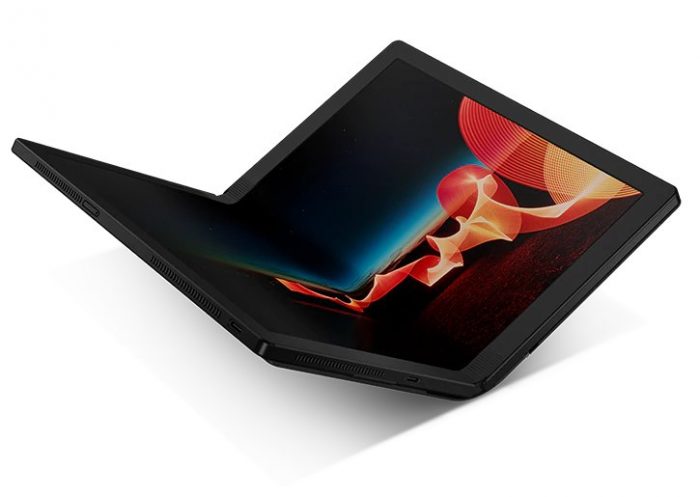 First of all, it’s interesting that I had to hunt to find reviews in the first place. That suggests Lenovo may not be super confident in this device… or maybe it just suggests that non-disclosure agreements and embargos for review publication haven’t been lifted everywhere yet.

Update 12/15/2020: Engadget, Gizmodo, and The Verge have weighed in with reviews that are not particularly kind… although many issues are software related, so there’s at least a chance that the X1 Fold could get better over time.

Second of all, there are two things about the ThinkPad X1 Fold that make it stand out: The first is the flexible display which creates a brand new form factor for PCs. The second is the use of an Intel Lakefield processor, which has a dramatic impact on performance. And not necessarily in a good way. 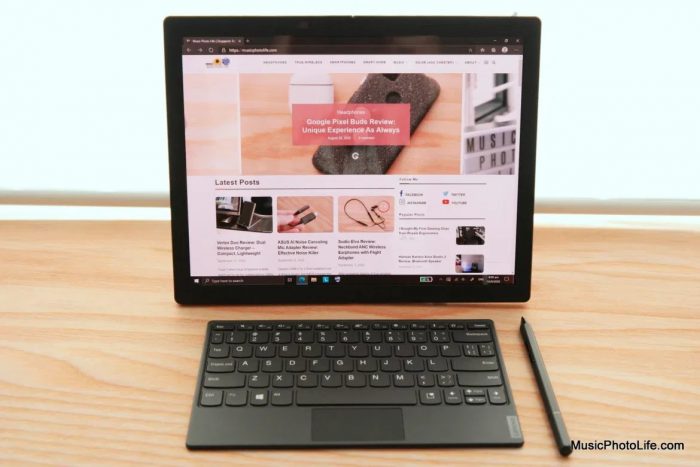 The form factor means you can use the computer in a range of different ways. Pop out the kickstand and prop it up on a table while using the optional Bluetooth keyboard, and you’ve got a pseudo-laptop or desktop experience. Fold it in half and place that keyboard on the lower section and you’ve got a netbook-sized mini-laptop.

But you can also use it as a handheld tablet that allows you to view different content on each side, with a crease in the middle, prop it up like a laptop while using the lower touchscreen as a text input device or a drawing pad (there’s support for an optional active pen), or you can hold it like a book. 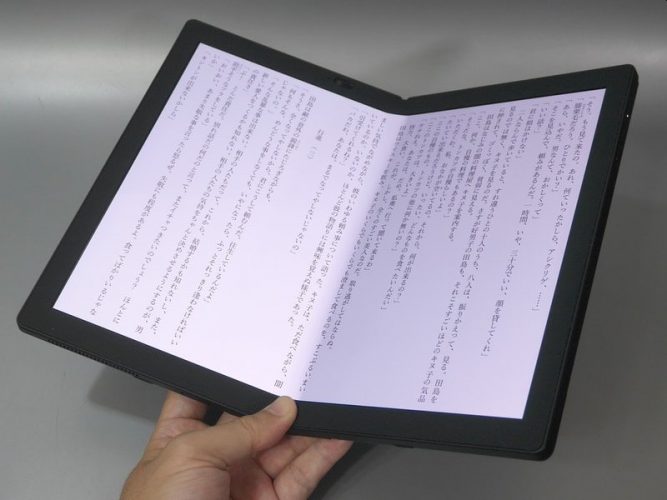 Folded closed, the ThinkPad X1 Fold takes up less space than most laptops or large-screen tablets, which could make it an interesting choice for those looking for an alternative to a Surface Pro-style tablet that gives you a bigger screen, but a smaller overall footprint. 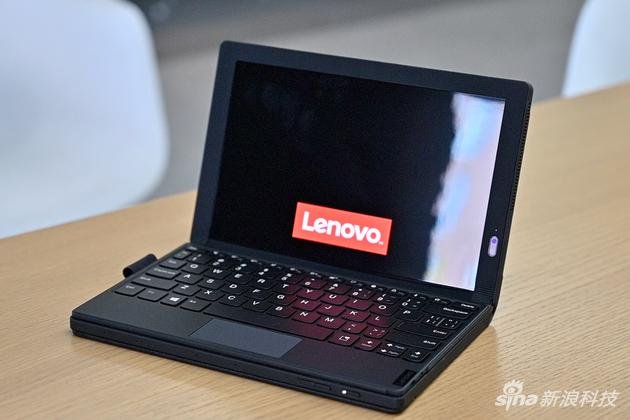 But according to benchmarks run by PC Watch, CPU performance is pretty underwhelming for a computer in this price range. A Microsoft Surface Go 2 tablet with an Intel Core m3-8100Y processor scores higher in most CPU-specific benchmarks… and Microsoft’s tablet sells for $630, making it about one fourth the price of Lenovo’s ThinkPad X1 Fold. 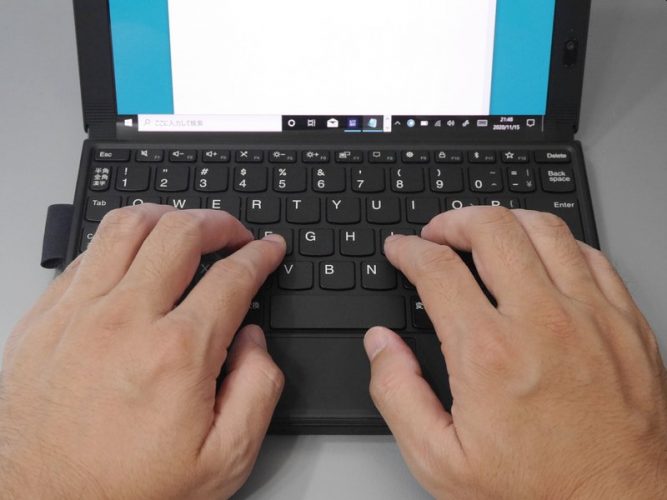 The ThinkPad X1 Fold does come out ahead in graphics tests, and it offers similar battery life to the Surface Go 2, despite having a larger display. But if you’re looking for a high-performance PC, you’re probably better off going with a traditional clamshell-style laptop packing an AMD Ryzen 4000 or Intel Tiger Lake processor.

If, on the other hand, you’ve really got your heart set on a foldable for some reason — if you’re looking for a single PC that you can use for productivity, reading eBooks, and reading sheet music, for example, then the ThinkPad X1 Fold is pretty much the only game in town at the moment. I just wish Lenovo offered more configuration options. 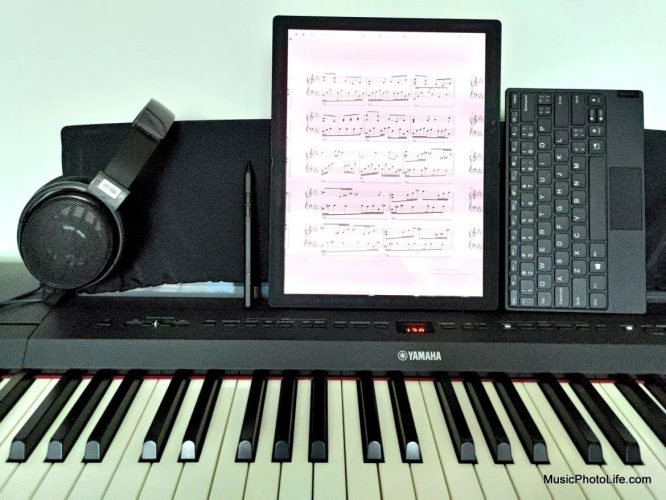 Lenovo eventually plans to offer models with 5G/4G LTE modems, but for now these are the only configuration options:

Note that the entry-level models (if you can call them that, at this price point) ship with Windows 10 Home. Another thing to keep in mind is that the memory is soldered to the mainboard and it is not user upgradeable.