The GPD Pocket and Pocket 2 are tiny laptops small enough to fold up and slide into (some) pockets… thus the name. With 7 inch touchscreen displays and QWERTY keyboards, they’re about as small as you can get while still supporting touch-typing on a laptop.

GPD ships the Pocket mini-laptops with Windows 10 software, but independent developers have been porting alternate operating systems for years. You can run GNU/Linux distributions (there’s even a version of Ubuntu MATE designed for these little PCs). And developer Keith Myers has been offering up builds of Chromium OS for those that want to turn their GPD devices into tiny Chromebooks.

Myers recently released an update to his Chromium OS build which brings a number of improvements. 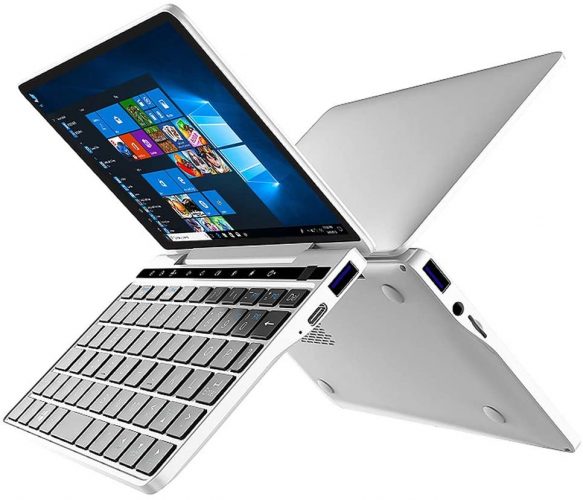 Chromium OS is the open source version of Google’s Chrome OS, the operating system that powers Chromebooks. But since this is an unofficial port, not everything was working properly in previous builds.

Myers is also now offering a single download that you can use to install Chromium OS on either the GPD Pocket 1 or Pocket 2, and plans to roll out over-the-air updates on a weekly basis.

There are still some known issues — you can’t charge a GPD Pocket 1 running the latest Chromium OS build while you’re using it for example. You’ll need to power off the machine to charge it. This isn’t a problem on the Pocket 2, but the batter indicator won’t budge while connected to a power supply, even though the device is charging.

Screen brightness controls aren’t working yet with either build. And users may see Google Assistant and Connected Devices options in Settings, but you cannot use them since these features are exclusively available in Chrome OS and don’t work with Chromium OS.