The PineBook Pro is a $200 laptop with a 14 inch full HD display, a Rockchip RK3399 processor, 4GB of RAM, 64GB of storage, and support for a bunch of different operating systems… most of which are GNU/Linux distributions.

But you can also turn the laptop into a Chromebook-like device by installing a new beta release of FydeOS 11.2 for the PineBook Pro.

FydeOS is a fork of Chromium OS, the open source version of Chrome OS. This release features Chromium 86 and supports many of the features that Google has added to Chromebook in recent years, including support for installing and running Android and Linux applications.

That said, it’s still a beta release with some known issues. The PineBook Pro camera doesn’t work when running fydeOS, and the trackpad is a bit finnicky.

According to Pine64’s Lukasz Erecinski, a PineBook Pro running the operating system is able to run Android apps including some games “exceedingly well,” and can handle YouTube video streaming at resolutions up to 1440p. 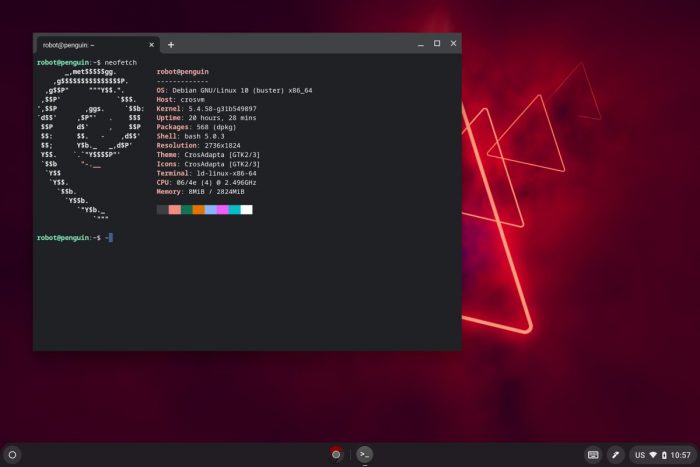 FydeOS is also available for PCs with x86_64 processors, with custom builds for specific devices including Microsoft Surface tablets, the Google Chromebook Pixel (2013 model) and the GPD Pocket 2 mini-laptop. But the PineBook Pro release if the first version of FydeOS for a computer with an ARM-based processor. The developers say they plan to add support for more ARM-based systems in the future.