Up until recently it was missing something that most other modern DAWs had: support for VST3 plugins.

This week the developers of Ardour released version 6.5 with a number of performance enhancements and bug fixes. But the biggest change? Ardour 6.5 brings support for VST3 plugins. 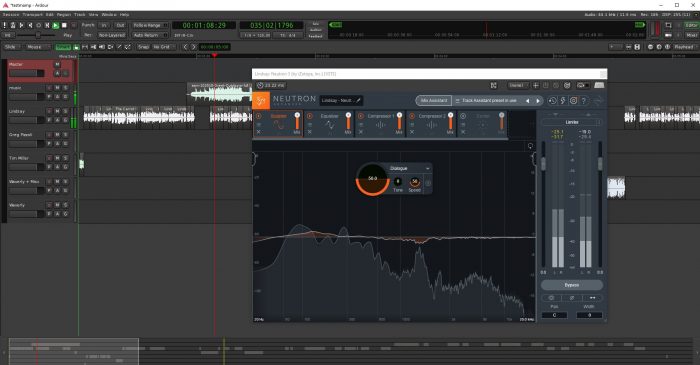 That’s good news because it VST3 brings a number of improvements… and the technology is fully supported by developer Steinberg, unlike older versions of the audio plugin and virtual instrument technology.

When I’m not writing about tiny computers and Linux Smartphones, I spend my time editing podcasts, and I’ve taken an interest in both audio software and open source software for a long time. But I haven’t taken Ardour for a spin in a few years, so I decided to download a demo of version 6.5 and fire it up on my Windows PC.

The user interface is a lot more intuitive than the last time I tried using the software, and the ability to import Pro Tools sessions, while buggy and incomplete, at least made it easy to poke around with a project I’d recently completed using different software.

As promised, I was able to scan for VST3 plugins already installed on my computer and access tools for noise reduction, compression, EQ, and other effects. And while there are some quirks that make Ardour behave a little differently than other DAWs I’ve used, it seems like a pretty powerful tool for audio production and post-production.

It’s also probably overkill for some users. If you’re looking for something to use for basic recording and editing, it’s hard to beat Audacity. But if you want access to a non-destructive multitrack editor with support for VST3 plugins and much more, Ardour offers many of the features you’d find in professional software.

One thing to keep in mind is that while Ardour is open source and available for anyone to compile from source, the simplest way to get and use the software is to download a “ready-to-run program” from the Ardour website. There’s a free demo version, but it has limited functionality. If you want remove those restrictions you have a few options:

You can find more details in the Ardour 6.5 release notes.