The Apple M1 processor powering the new MacBook Air, MacBook Pro, and Mac Mini is getting rave reviews for performance and power efficiency. Since the chances of Apple selling its chips to other PC makers are close to zero, you might think that this is only good news for Mac users. But there are a few reasons Apple building its own chips could be good for PC market more generally.

First, it could spur other chip makers including Intel, AMD, Qualcomm, and MediaTek to up their game. Second, it could give companies like Google and Microsoft a reason to try developing their own chips in-house to tightly integrate hardware and software.

And third? It gives developers of popular applications a reason to port their software to run natively on devices with ARM-based processors. Those first two items are hypothetical at this point. But the third? It’s already happening. 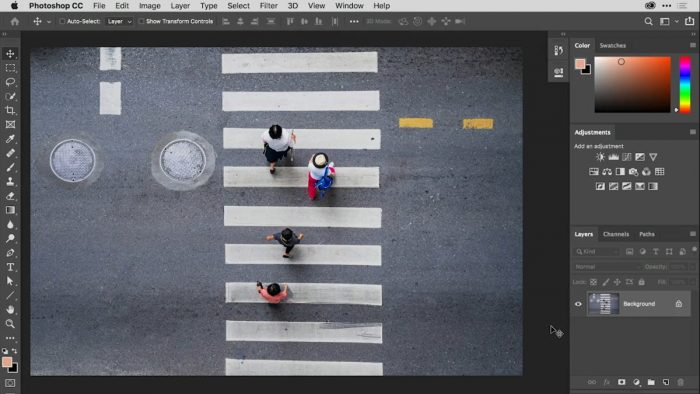 Now that Macs with M1 chips have arrived, Adobe has released a beta of Photoshop for Apple Silicon. But the company has also released Photoshop Beta for Windows ARM.

The first Windows 10 laptops and tablets with ARM-based processors began shipping in 2018, but when did Adobe release the first beta of its popular image editing app built to run natively on Windows ARM? The same day Apple’s new ARM-powered Macs hit the streets.

At this point Photoshop for both platforms is still very much in beta. It’s not officially supported by Adobe yet, there are a bunch of missing features, and the Windows ARM version is only designed to work on Microsoft Surface Pro X tablets with at least 8GB of RAM. But it sure looks like someone at Adobe figured that if the company was going to go through the trouble of supporting Apple’s ARM-based processors, it might as well support Windows PCs with ARM chips as well.

And that might be more important for Windows on ARM than it is for macOS, because one of the biggest complaints reviewers have had about Windows tablets with ARM processors is that while native apps run at acceptable speeds, x86_64 apps are often sluggish, if they run at all, since emulation is required. In fact, Adobe officially “does not support or recommend that you run Photoshop 22.x under x64 emulation mode on Windows devices with ARM processors.”

That doesn’t appear to be as much of an issue for Apple’s new computers – initial reviews suggest that Apple’s Rosetta 2 translation technology allows x86_64 software to run at least as well on a Mac with an M1 chip as it does on a previous-gen model with an Intel processor.

But by beginning to offer native support for both Macs and PCs with ARM chips on the way, Adobe is demonstrating that Apple’s move to ARM could have also have benefits for Windows on ARM.