The latest version of the popular Ubuntu Linux distribution is out today, and among other things, Ubuntu 20.10 brings updates to the desktop environment, better hardware support for select PCs with fingerprint sensors or touchscreens, and for the first time there are official desktop and server builds of Ubuntu available for Raspberry Pi computers. 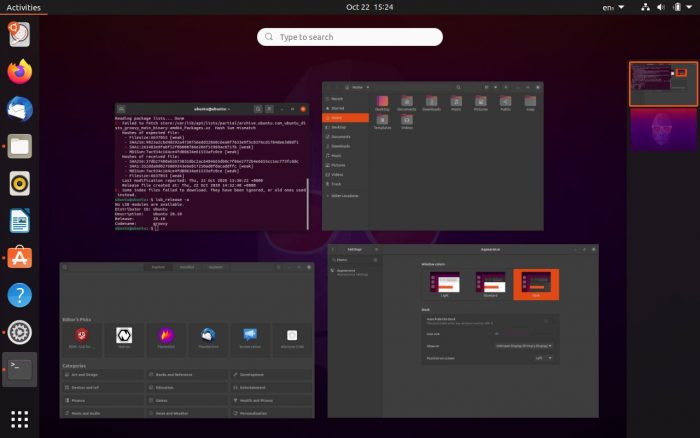 The Ubuntu developers at Canonical had previously offered server images for some Raspberry Pi systems, but if you wanted the full Ubuntu desktop experience you were left to your own (unofficial) devices.

Now you can install Ubuntu desktop… but you’ll need a Raspberry Pi with at least 4GB of RAM, which means you’re pretty much limited to the most recent Raspberry Pi 4 or Raspberry Pi 4 Compute Module 4, since earlier computers in the series were not available with that much memory.

Keep in mind that Ubuntu 20.10 is not an LTS release, which means it only receives 9 months of official support. But Canonical says this release marks the first step toward bringing an LTS version of its operating system to Raspberry Pi devices for folks looking for longer term stability, support, and security updates.

Canonical says other updates in Ubuntu 20.10 include:

In addition to the version of Ubuntu with a GNOME-based desktop environment, there are also official “flavors” featuring KDE, LXQt, Budgie, MATE, Xfce, and Kylin as well as the Ubuntu Studio flavor which bundles a set of content creation tools for working with audio, video, photo, and graphics.

You can follow each of those links to find out what new features to expect from each of those versions with the update to Ubuntu 20.10.