The BBC micro:bit is a tiny single-board computer designed to be distributed to students. First introduced five years ago, about five million micro:bit devices have been distributed to teachers and students around the world.

Now the makers of the little computer have introduced a 2nd-gen model.

The new BBC micro:bit features a much faster processor and a few new pieces of hardware. It will be available starting in mid-November from Seeed Studio, OKdo and other distributors for $15. 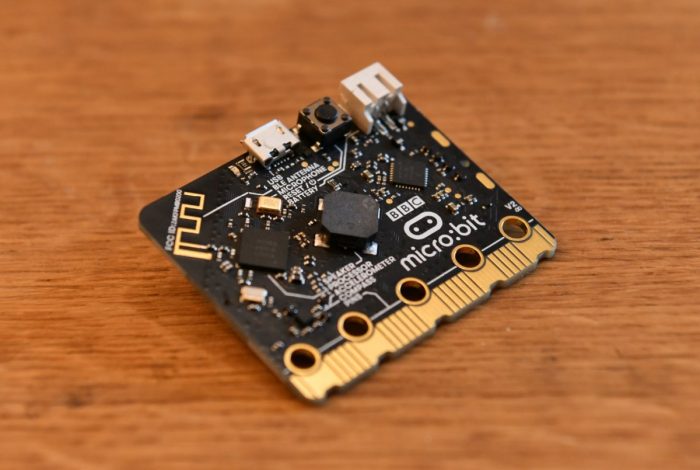 Like the original micro:bit, the new model isn’t a tiny desktop computer like the Raspberry Pi line of devices. It doesn’t have a display or a video out port, so you cannot use it to run typical PC software.

Instead, the 2″ x 1.6″ gadget has built-in LED lights, Bluetooth, and a variety of sensors. The idea is to provide kids with a tool they can use to learn to code applications that will run on the little gadget.

The 2nd-gen version also has a speaker and microphone, two things that the original did not. And the 16 MHz Nordic nRF51822 ARM Cortex-M0 processor has been replaced with a 64 MHz nRF52833 Arm Cortex-M4 chip.

You can find more details about the technical specifications at the tech.microbit.org page. 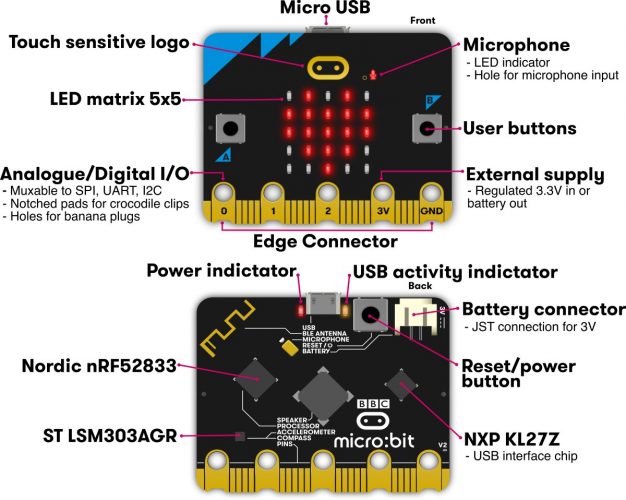 Students can program the micro:bit using languages including Python, C/C++ and MakeCode, and the new hardware makes it possible to program voice activated actions for the new micro:bit.

3 replies on “The new BBC micro:bit has a speaker, mic, and faster processor (tiny PC for students)”