The Microsoft Surface Pro X is a Windows 10 tablet powered by a custom ARM-based processor. First released about a year ago, the tablet is thin, light, offers long battery life, and is reportedly hampered a bit by software compatibility and performance issues.

Now that Microsoft is bringing support for x64 emulation to Windows on ARM, some of those software issues may not be as big a problem as they were.

As for the Surface Pro X tablet itself? Microsoft isn’t so much replacing the 2019 version with a new model as giving certain configurations a slight spec bump. 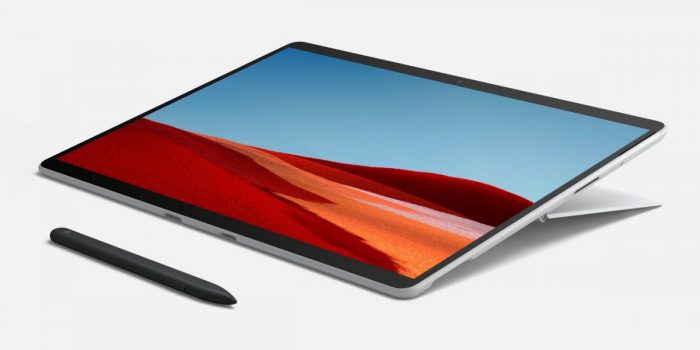 At the moment if you order an entry-level Surface Pro X with 8GB of RAM and 128GB of storage, it will still ship with a Microsoft SQ 1 processor, but higher-priced models feature the new SQ 2 chip.

According to Microsoft, that’s “the fastest processor in its class,” with class meaning other chips powering ARM-based PCs. But leaked reports from earlier this month indicate the new processor is based on the Qualcomm Snapdragon 8cx Gen 2 chip, which means it probably won’t be any faster than the first-gen, but it should support WiFi 6 and Bluetooth 5.0.

Microsoft says it’s also bringing software improvements including a speedier version of the Microsoft Edge web browser and a new version of Microsoft Teams that’s optimized for Windows devices with ARM chips. Those updates will be available for most ARM-based systems though.

The company is also promising better battery life thanks to software improvements, and the company is introducing a new color option with a Platinum finish.