That makes the OnePlus 8T more affordable than many of this year’s flagship smartphones, but it has premium specs including a Qualcomm Snapdragon 865 processor, at least 8GB of RAM and 128GB of UFS 3.1 storage, a 120 Hz screen refresh rate, and 65 watt fast charging.

OnePlus did make some compromises: the 6.55 inch, 2400 x 1080 pixel AMOLED display has fewer pixels per inch than you’ll find on some other flagships. And there’s no support for wireless charging. You also don’t get an IP rating for water resistance (unless you buy the phone from T-Mobile, apparently).

But the biggest question about this phone may be why it’s a thing at all, since it’s a pretty modest step up from the OnePlus 8 that launched earlier this year. 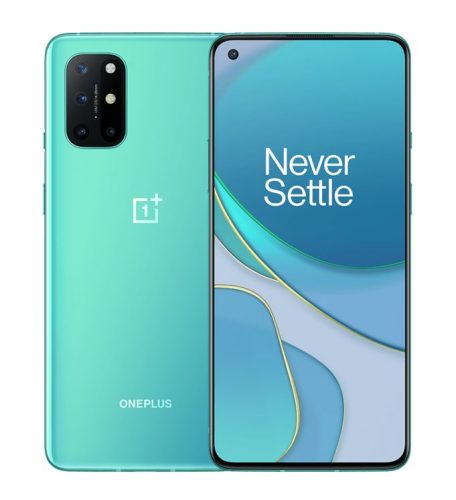 Here’s a comparison of the specs for the OnePlus 8T, OnePlus 8, and OnePlus 8 Pro:

For $50 more than the OnePlus 8, the new model has a higher screen refresh rate, faster charging, a slightly larger battery, and a few extra camera features. But that’s when you’re comparing the list price.

Right now OnePlus is selling the OnePlus 8 for $100 off, which means that you’d have to spend an extra $150 to get those features.

That said, the OnePlus 8 Pro still may be the best option for anyone who doesn’t absolutely need 65 watt charging, since it’s got the best display and best camera setup of the bunch and it’s the only model with support for wireless charging.

Don’t get me wrong – I’m not mad at a company for offering a few different phones at different pricing options. It’s just a little strange how close these particular options are to one another.