The MINISFORUM X35G is small, relatively inexpensive computer powered by a 10th-gen Intel Core i3 Ice Lake processor. First announced last month, the mini PC is now up for pre-order for $350 and up through an Indiegogo crowdfunding campaign, and it’s set to begin shipping to backers in November.

While there’s typically some risk involved with crowdfunding, MINISFORUM has successfully shipped a number of devices at this point and is basically using the Indiegogo campaign to generate buzz while taking pre-orders. 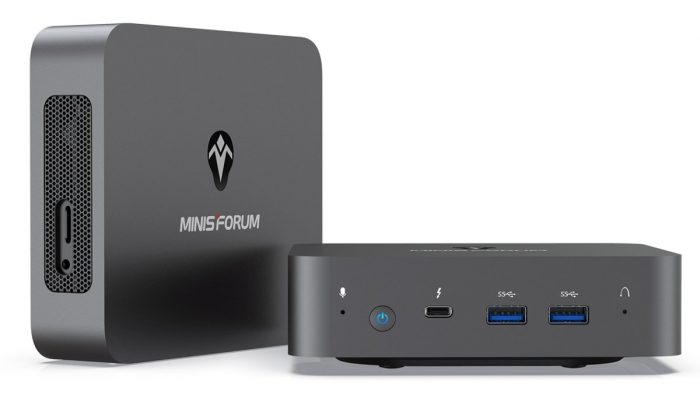 Those are better specs than you’ll find for a lot of other mini PCs in this price range, and it has a 10th-gen Intel Core processor, which should offer better performance than you’d get from the Celeron J4115 and J4125 chips that power some other (smaller) mini PCs like the GMK NucBox and Chuwi LarkBox.

But the X35G has the least powerful Ice Lake chip Intel offers. The Core i3-1005G1 processor is a 15-watt, 2-core, 4-thread processor with a base speed of 1.2 GHz and support for turbo boost speeds up to 3.4 GHz. It features Intel UHD graphics rather than the Iris graphics available in some other Ice Lake processors.

4K video playback shouldn’t be a problem, but if you want a tiny gaming or video editing machine, you’re probably going to want to look elsewhere… although I supposed the Thunderbolt 3 port does open the possibility of using an external graphics card dock.

Here are the pricing configuration options available during the Indiegogo campaign:

And here’s an overview of the system’s specs:

CNX-Software has a review of the MINISFORUM X35G, and reports that the little computer does outperforms systems with Intel Gemini Lake processors in benchmarks, comes with a licensed copy of Windows 10 Pro, and supports Ubuntu Linux (although a workaround is required to get audio working properly).