MINISFORUM’s next small form-factor desktop computer looks nearly identical to the EliteMini H31G the company launched last month. But under the hood, the new MINISFORUM EliteMini BOX X400 is a different machine.

While both computers share the same chassis, the former is powered by a 9th-gen Intel Core processor and NVIDIA graphics, while the new EliteMini BOX X400 features an AMD Ryzen processor and AMD Radeon graphics.

Pricing hasn’t been announced yet, but the EliteMini BOX X400 will be available in select markets starting in November. 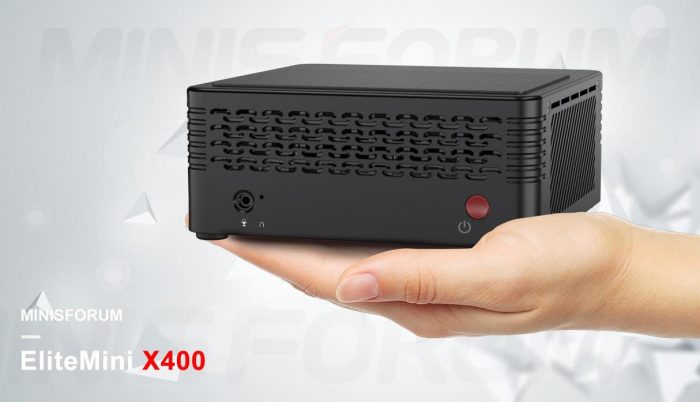 The company says the EliteMini BOX X400 lineup will support processors from the Ryzen 2000, 3000, and 4000 series, with a top-of-the-line model featuring a Ryzen 7 Pro 4750G processor, although it’s unclear when you’ll be able to buy a model with that chip.

The computer has a 3.5mm mic input on the front, and three audio jacks on the side: line in, mic in, and headphone/speaker out.

The EliteMini BOX X400 measures 6.1″ x 6.0″ x 2.4″ which makes it a little larger than a typical Intel NUC, but still pretty small by desktop PC standards.