The new Parallels Desktop for HP Chrome Enterprise feature allows customers to run Windows applications in a virtual machine directly on a Chromebook. There’s no need to connect to a remote server to run the apps as there had been with some earlier Windows-app-on-Chromebook solutions.

HP says this allows enterprise users to get the security, simplicity, and management features that come with Chrome OS, while still being able to run any mission-critical Windows applications that may not be normally available for Chromebooks. 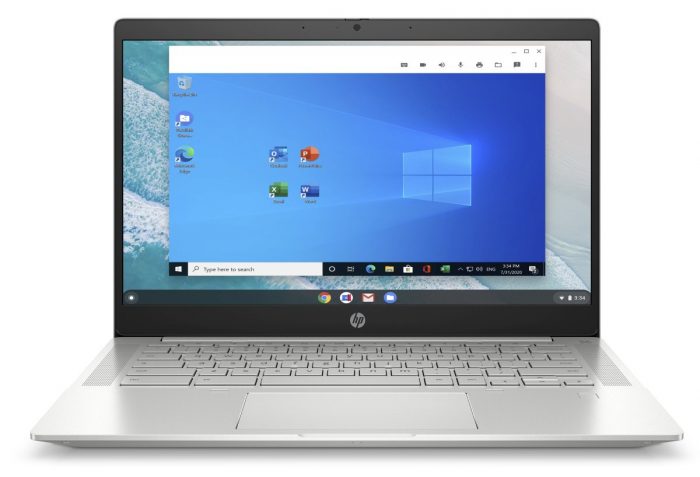 All of these are computers with 10th-gen Intel Core i5 or better processors. Because Parallels basically installs a full Windows operating system in a virtual machine running inside of Chrome OS, you’re not going to want to run this sort of software on an entry-level machine with a low-power Celeron processor.

HP says while your Windows applications are running in a virtual machine, Parallels Desktop allows you to copy and paste content between Chrome and Windows applications, share folders, and use your mouse, audio, and other hardware across operating systems.

In case it wasn’t clear by the repeated use of the word “enterprise,” this feature isn’t free. Customers will need to pay $70 per year for a license for each Chrome OS device they want to use Parallels on.

If you’re looking for a cheaper (and far less capable) alternative, there’s always the recently released CrossOver 20 for Chrome OS.