Google’s Night Sight allows you to use a smartphone to shoot photos that capture a surprising amount of detail when you’re in a dark or dimly lit environment by using software to stitch together data from multiple images to make a brighter photo than you’d normally be able to get using a phone camera.

The feature debuted on Google’s Pixel smartphones a few years ago, and other phone makers have adopted similar techniques since then.

Now Google is bringing a similar feature to budget Android phones with as little as 1GB of RAM. A new Night Mode feature is rolling out for the Camera Go app for phones running Android Go Edition software. 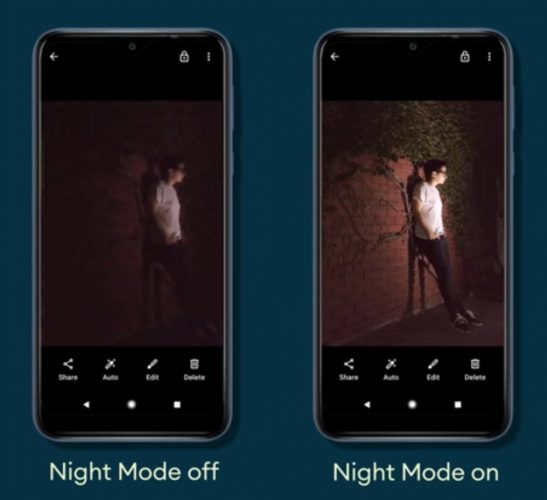 The feature works similarly to Night Sight on Pixel phones, but it’s been optimized for affordable smartphones with less powerful camera hardware.

In order to capture a lot of light in dark environments, high-quality cameras usually allow you to adjust the exposure time, but that can result in a blurry photo if you’re not using a tripod. So instead the Camera Go app shoots a burst of multiple photos and then uses software to apply noise reduction while combining data from those shots.

This is similar to how HDR processing happens on many smartphones, and Google says HDR support is coming to the Camera Go app later this year.

The first smartphones to support the new Night Mode feature will be the Nokia 1.3, Wiko Y61, and Wiko Y81, but the feature should eventually roll out to additional smartphones running Android Go Edition software.