Taiwanese PC maker Elitegroup Computer Systems (ECS) has been producing tiny desktop PCs under the Liva brand for years, and the the latest models are the ECS Liva Q1D and ECS Liva Q1L.

Both are 2.9″ x 2.9″ x 1.4″ computers with Intel Apollo Lake low-power processors… which are the same chips featured in the original ECS Liva Q, which launched three years ago. So that’s kind of disappointing.

On the bright side, ECS has added a few extra ports. 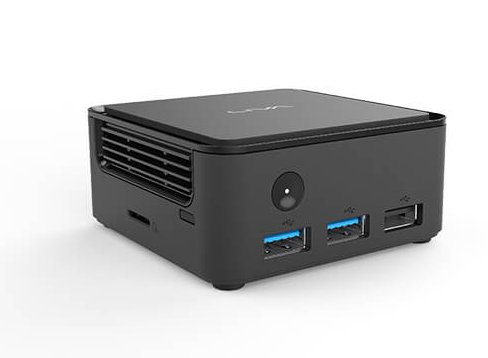 Here’s an overview of the complete ECS Liva Q series lineup as it stands today, with key differences highlighted:

ECS says each of these systems should be able to support 4K visuals, although I’ve found that results may vary from device to device and from video stream to video stream when using products with older 6-watt Intel Atom-based processors and Intel HD 500 series graphics.

Another thing to keep in mind if you’re planning to use these little computers as media players is that they’re small and quiet, but they’re not fanless or entirely silent. There’s a small cooling fan inside to keep the computers from overheating.

ECS says the Liva Q series devices can also be used for network attached storage, home file servers, or other applications where you may not need a big, powerful PC.

Elitegroup Computer Systems hasn’t revealed any pricing or availability details yet, but a previous-gen ECS Liva Q2 sells for $222 when equipped with a Celeron N4100 processor, 4GB of RAM, 64GB of storage, and Windows 10 Home software. I’d expect the new models to be priced similarly.