Intel says there are 150 PCs with Tiger Lake processors and Intel Xe graphics on the way… and it looks like Asus is responsible for almost 13 percent of them.

The company has unveiled 19 new laptops sporting Intel’s 11th-gen Core processors. Models include a premium business-class Asus ExpertBook notebook, several thin and light laptops in the Asus ZenBook line including some with discrete graphics, and a few mid-range models that flesh out the Asus VivoBook family. 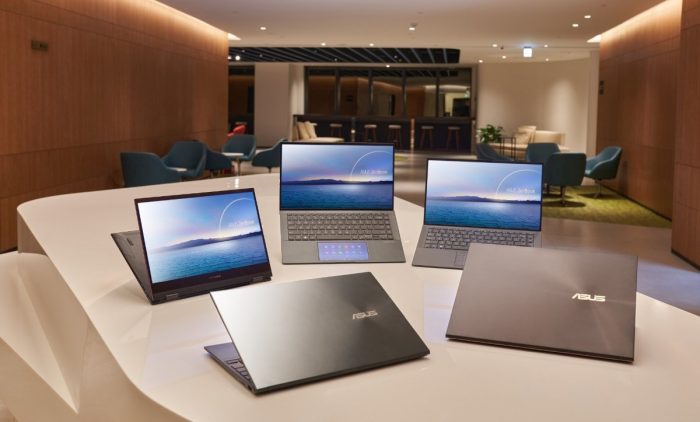 Here’s an overview of some of the new laptops on the way from Asus:

This 2.6 pound notebook features a 4K OLED touchscreen display, a 350-degree hinge, and support for an Asus Pen active stylus with 4096 levels of pressure sensitivity. 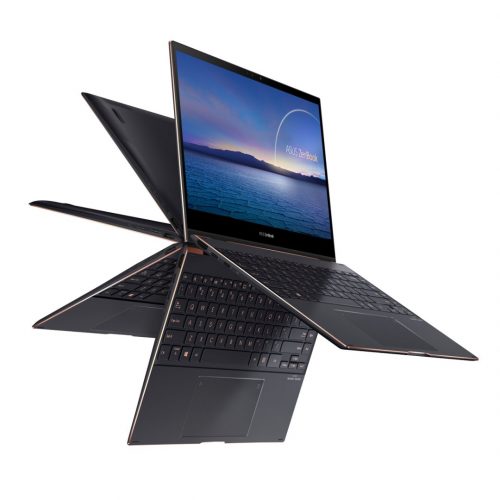 The laptop will be available with up to an Intel Core i7 Tiger Lake processor, up to 16GB of RAM and 1TB of solid state storage.

Other features include two Thunderbolt 4 ports, a USB 3.2 Gen 1 Type-A port, and an HDMI port.

This convertible model is a 2.9 pound notebook with a 67 Wh battery, en ErgoLift hinge that raises the back of the keyboard a bit when the laptop is unfolded, and support for up to a full HD OLED display, up to an Intel Core i7 processor, up to 16GB of RAM and up to 1TB of storage. 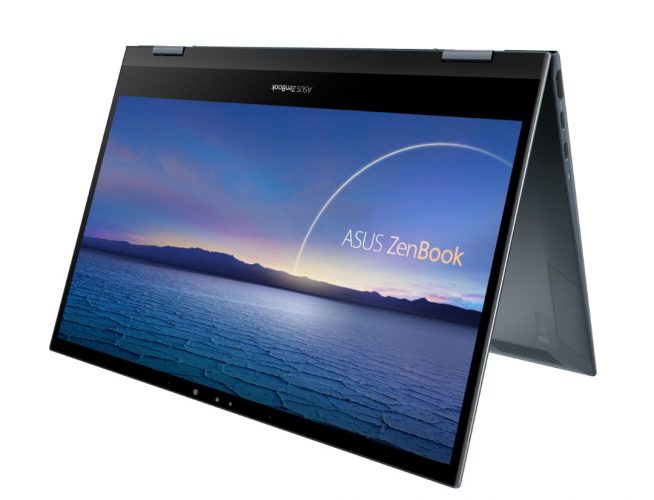 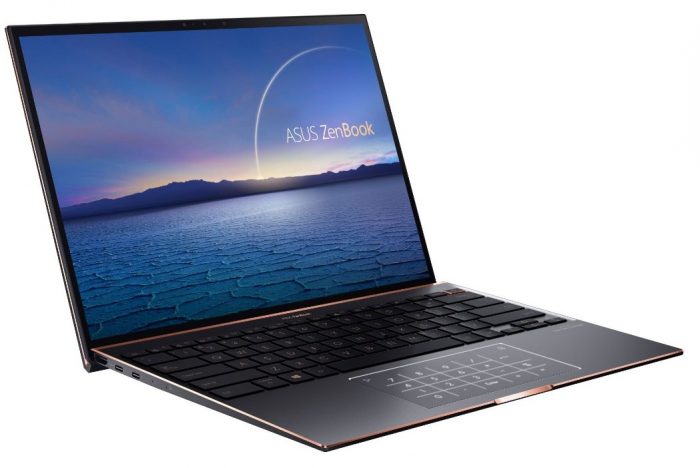 Other features include full-sized HDMI and USB 3.2 ports,Thunderbolt 4 ports, an ErgoLift hinge, and the same max specs as the models listed above. There’s also an IR camera with support for Windows Hello face recognition.

Possibly the most surprising thing about this laptop? Asus first introduced it earlier this week — but at the time the company said it would ship with a 10th-gen Intel Ice Lake processor and Thunderbolt 3 ports. That was a quick upgrade.

As the name suggests, this model is one of the lightest members of the ZenBook family, with a starting weight of 980 grams (2.16 pounds). But Asus still managed to squeeze in a discrete GPU. 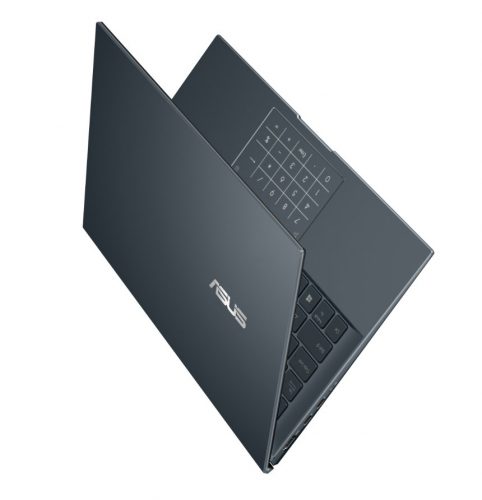 There are two versions of this laptop — the Asus ZenBook UX435EGL features NVIDIA GeForce MX450 graphics, while the UX435EAL model has to make due with the nearly-as-fast Intel Xe integrated graphics.

There’s also optional support for an Asus NumberPad that allows you to use the laptop’s trackpad as a numeric keypad.

Weighing 2.6 pounds, this model isn’t that much bigger than the Ultralight, and it comes with the same choice of Intel XE (UX435EA) or NVIDIA MX450 (UX435EG) graphics. But there are a few key differences — for example instead of an Asus NumberPad, this model has an Asus ScreenPad, which means instead of a traditional trackpad, the laptop has a small secondary display below the keyboard. 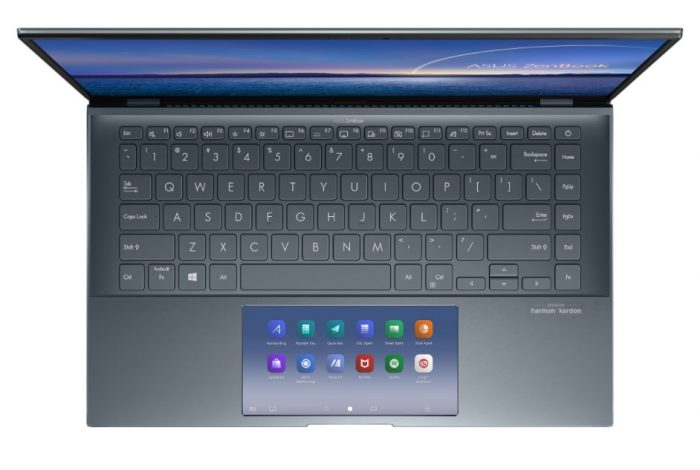 Other features include Thunderbolt 3, USB 3.2 Type-A, and HDMI ports, a 92-percent screen-to-body-ratio, and a choice of “pine grey” or “lilac mist” color options.

This 15 inch convertible featurs an Intel Tiger Lake processor and support for up to NVIDIA GeForce GTX 1650 Ti graphics. It features a 4K OLED display with 100-percent DCI-P3 color gamut, and slim bezels for a 90-percent screen-to-body ratio. 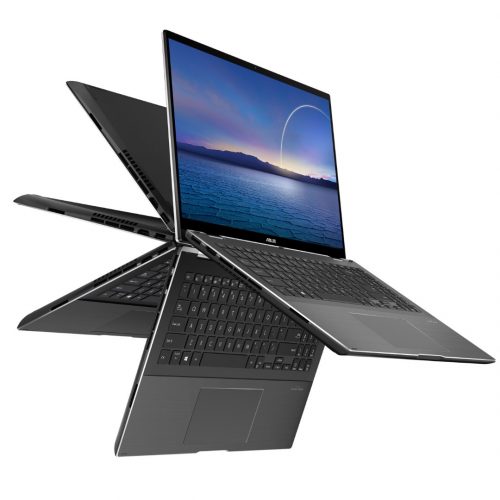 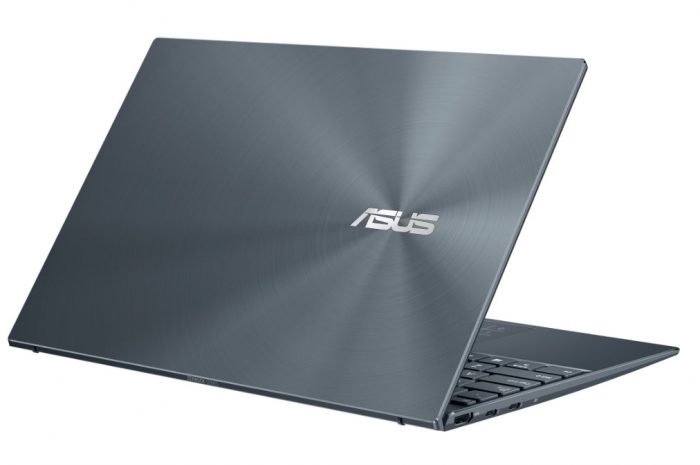 Asus hasn’t provided the measurements for the 14 inch model, but the company says i’ts “even thinner and lighter” than the previous-gen version of this laptop.

The notebooks have edge-to-edge keyboards, IR cameras for Windows Hello face recognition, and support for up to 1TB of storage and 32GB of RAM.

At just 880 grams (1.94 pounds), this is the thinnest Tiger Lake laptop from Asus so far, but the company says this business-class laptop doesn’t skimp on durability. It has a magnesium-lithium alloy body and the new ExpertBook B9 has been tested to meet MIL-ST810H standards. 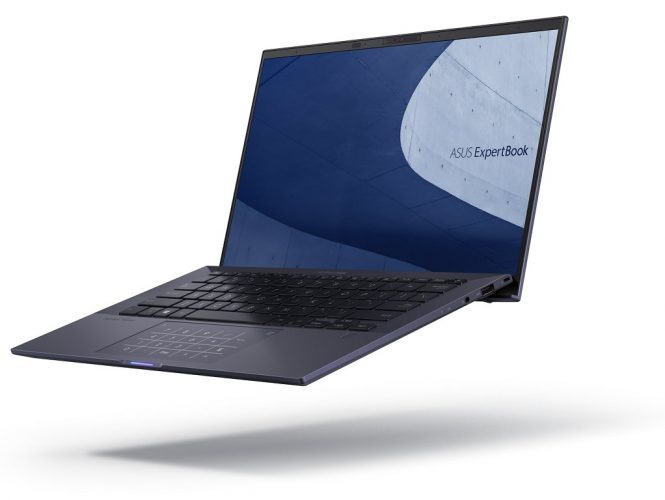 The notebook supports up to an Intel Core i7 processor and room for two SSDs with support for RAID 0 and RAID 1 configurations.

The Asus VioBook line of laptops tend to be more affordable than ZenBooks, but they’re also typically a little thicker and/or less likely to be made of premium materials.

In terms of specs though, the new models seem to hold their own. 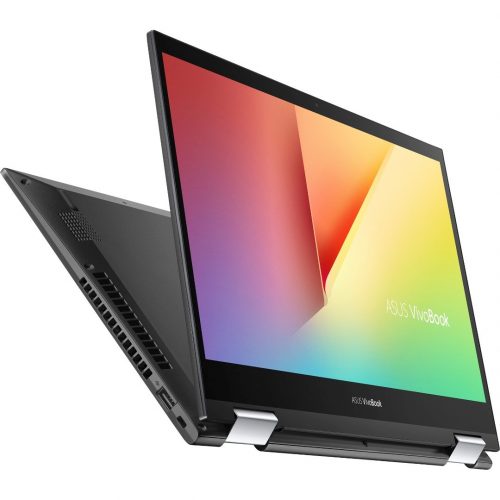 The new VivoBook Flip 14, for example, supports up ton an Intel Core i7 Tiger Lake processor with Intel Xe graphics, up to 16GB of RAM, and up to 1TB of PCie solid state storage.

And like its pricier siblings, this new 14 inch convertible supports Thunderbolt 4.

These clamshell-style 14 and 15 inch laptops all have plastic bodies, but the K-series models have metal lids.

All support up to an Intel Core i7 processor, 16GB of RAM, and “a large-capacity SSD. The 15 inch model also supports dual storage thanks to a hard drive bay.

Asus hasn’t released pictures for these new models yet, but the upcoming 13 inch, 14 inch, and 15 inch laptops all supports up to an Intel Core i7 processor, 16GB of RAM, and PCIe SSDs with support for Intel Optane Memory.

They also all feature Thunderbolt 4.