When you think of gaming laptops, you probably don’t think of Chromebooks. But maybe that’s going to change soon.

Rumor has it that Google is working to bring Valve’s Steam game client for Linux to high-end Chromebooks. And you don’t even need a high-end model to stream games over the web using Google’s Stadia service. 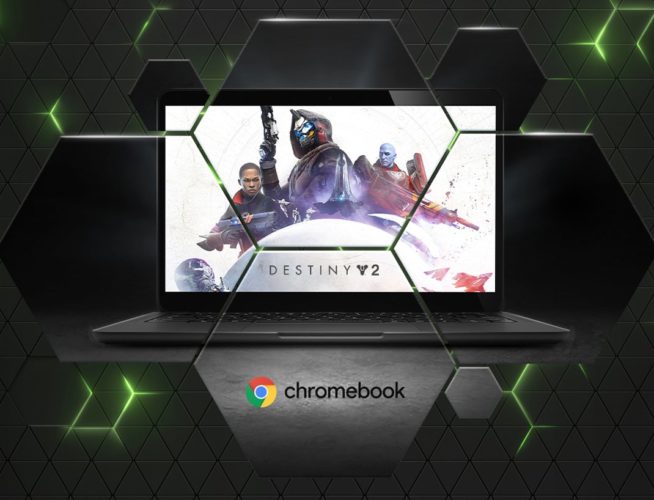 GeForce Now is a platform that allows you to stream games over the internet after you’ve purchased them from Steam, the Epic Games Store or Ubisoft UPlay. Previously available for PC, Mac, Android, and NVIDIA Shield devices, the service is now available on Chromebooks and Chromeboxes.

Since the games are rendered on remote servers with NVIDIA hardware, you don’t need a high-power computer to play PC games. You just need a decent internet connection. So GeForce Now for Chromebooks should work whether you have a Chromebook with entry-level specs or a model with premium hardware.

NVIDIA offers a basic version of GeForce Now for free. But if you pay $5/month for a Founders membership you get priority access, support for RTX graphics, and support for gaming sessions longer than an hour.

The company is also running a promotion that lets you pick up a 6-month Founders subscription for $25 and get a free month and a Hyper Scape Season One Battle Pass token.

So far, NVIDIA GeForce Now for Chrome OS is only supported in North America and Europe.