Chip makers Intel and MediaTek are working together to bring 5G connectivity to future laptops. The companies announced a partnership last year, and we recently learned that the first Intel PCs with MediaTek 5G modems are on track to ship in early 2021.

Now the companies are revealing a little more information about the collaboration. 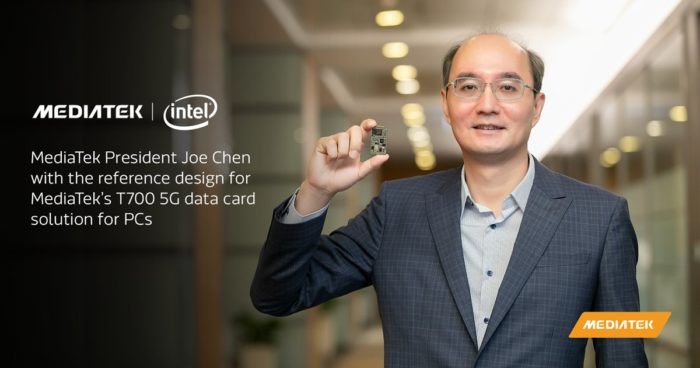 MediaTek’s contribution to the partnership will be the new MediaTek T700 5G modem, which the company says supports standalone and non-standalone sub-6 GHz networks. According to MediaTek, its new modem has “completed 5G standalone (SA) calls in real world test scenarios.

Intel, meanwhile, has been working on designs that integrate that modem into laptops with Intel processors, and helping OEMs develop and optimize laptops using the chips.

The partnership is an interesting one, because in addition to making wireless chips, MediaTek makes processors. The company’s chips are popular in Chinese smartphones and low-cost tablets, but they’re also used in some inexpensive Chromebooks, which puts MediaTek into direct competition with Intel — a company that also makes processors for Chromebooks and other laptops.

But Intel has largely given up on developing its own modems, so it makes sense to partner with another company in order not to cede the 5G market to Qualcomm.