Rumor has it that LG is working on a dual-screen smartphone where the second screen hangs out behind the display when you’re not using it and twists out when you do. Now it looks like there’s a good chance that rumor is true.

The LG Wing doesn’t unfold like a book the way the Microsoft Surface Duo does. Instead the second screen is about half the size of the primary display, and it unfolds to make more of a T-shaped device.

When the phone first leaked in May, we only had a rendered image to go by. Now Android Authority has obtained a short video that shows the phone in action. 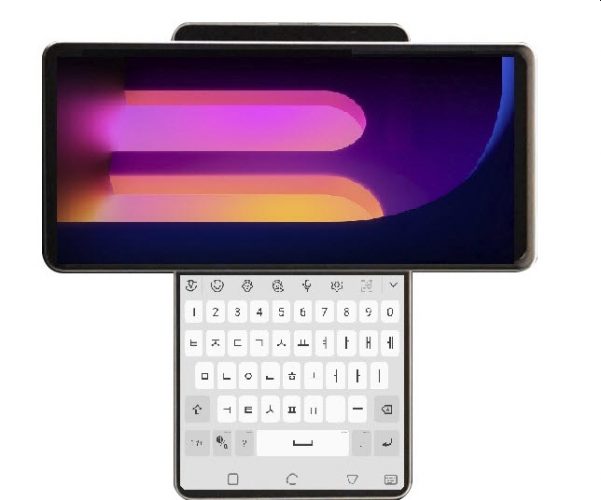 In the video you can see the phone with both displays unfolded. The LG Wing is mounted in a car, with the primary display showing navigation directions, while the second screen is displaying controls for a music player. When a phone call comes in, there’s a pop-up notification, and when the drive taps to accept the call, the phone app takes over the second screen.

During the entire 10-second video, navigation is clearly displayed on the primary screen, which means the second display can be used to show a second app without interrupting the first.

That’s just one potential use for a phone with this design. Another was shown off in the initial rendering: you could display a keyboard on the smaller screen while displaying a full-screen app on the primary display. This could make composing messages, editing documents, or playing games on the go a bit easier.

According to the original leak, the primary display is expected to be a 6.8 inch screen, while the second display will be a 4 inch display with a 1:1 aspect ratio. The smartphone is expected to have upper mid-range specs including a Qualcomm Snapdragon 700 processor (with 5G support), and three rear cameras. It’s expected to sell for about $820.

I can’t quite get over the feeling that the LG Wing looks like two smartphone stuck awkwardly together, with a mechanism that allows you to twist them to a 90-degree angle so you can see part of the second phone.

But it does seem like it could come in handy in at least some circumstances.