A few years ago it looked like modular smartphones might become a thing. But with Project Ara dead, and LG’s brief flirtation with modularity abandoned, the only major phone maker still offering any sort of modular design is Motorola, which released its fourth-gen Moto Z with support for modular add-ons last year.

But it looks like Chinese phone maker Xiaomi is at least contemplating releasing a phone with an unusual sort of modular design — the company applied for a patent for a phone with a removable display. 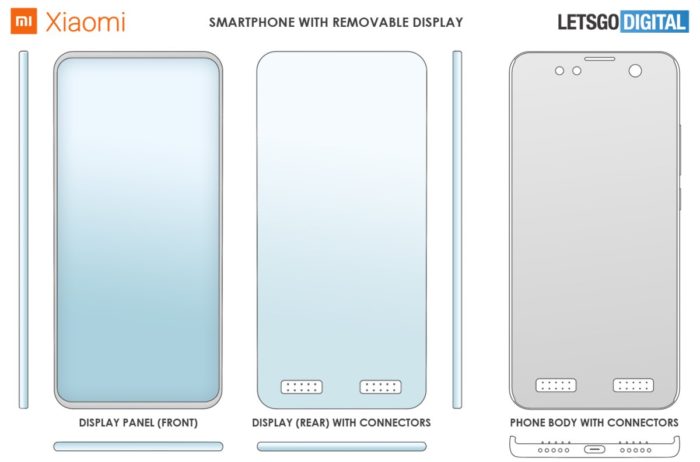 I don’t often write stories about patent applications, because companies often apply for patents for products that they never actually build. But this one was weird enough to catch my eye.

For now my best guess is that the phone would be easier to repair and/or that users would be able to swap out screens to add different functions. But again, it’s likely that Xiaomi has no real plans to release a phone with this design.

One other interesting thing about this patent is that it shoes front-facing cameras that would be behind the screen, so the display would likely either need to have a cut-out that aligns with those cameras, or a semi-transparent section that would allow the cameras to snap pictures through the display.