Most smartphones have accelerometers that make automatic screen rotation and other features possible. Now Google has found another user for them: earthquake detection.

The company is rolling out a feature for Android smartphones that can allow your mobile device to sense the kind of movements that might indicate an earthquake is happening. Then your phone can send an anonymous signal to Google’s servers, and if enough phones in an area are sending similar signals then Google can identify an earthquake and send out an alert to everyone in the area. 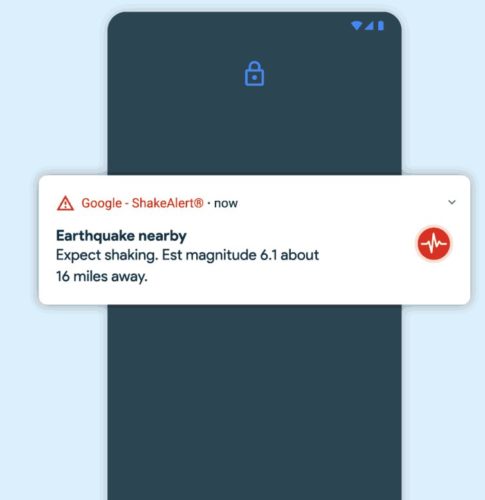 Anyone can search Google from their phone for “earthquake” or “earthquake near me” to find relevant results. Google may also ask if you’ve felt the ground shake to gather additional information.

The Android Earthquake Alerts System will be available for devices running Android 5.0 or later, but if you’d rather not have your phone participate in Google’s seismology network, Ars Technica notes that you’ll be able to opt out by adjusting your Google Location Accuracy settings (although it’s unclear if that will affect other apps and services that require on location data).

Earthquake alerts are just one of several new features coming to Android phones focused on safety, accessibility, and well being. Here are some others: