Google is making it easier to quickly share files between Android devices. The company’s Nearby Share feature is rolling out now to some Google Pixel and Samsung smartphones, and it should be available for more devices running Android 6.0 or later soon.

It’s also coming to Chromebooks sometime “in the coming months.” 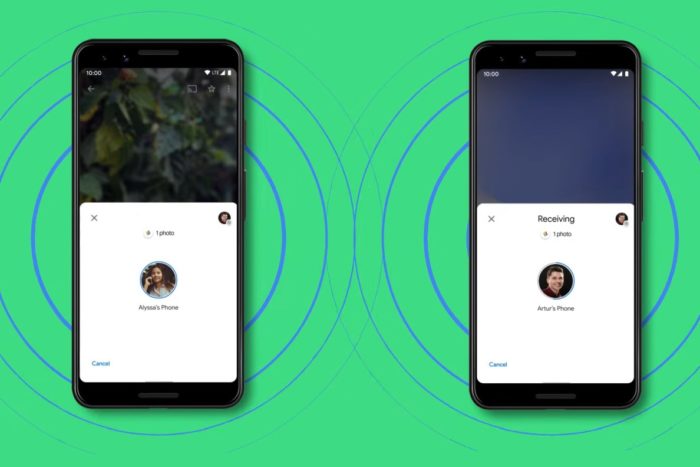 Nearby Share lets you send files, photos, URLs, or any other content that can be sent via the Android share menu. But instead of sending it via an email, text message, or third-party app, you can send it directly to other devices in your proximity.

When you want to send a file, just choose the Nearby Share option, your phone will look for other nearby devices, and then it will choose the best protocol for sending your content, whether that’s Bluetooth, NFC, WebRTC, or a peer-to-peer WiFi connection.

Nearby Share supports anonymous transfers, so you don’t need to add someone to your contact list or trade phone numbers to send files or data. And files aren’t received automatically, the recipient will have to accept them.

If you don’t want your device to be discoverable using Nearby Share, you can adjust your privacy settings from the Quick Settings panel to stay hidden to everyone or visible to some contacts. Or you can disable Nearby Share altogether.

Basically, Nearby Share is Google’s answer to AirDrop, a feature Apple has offered for iOS and Mac devices for almost a decade.

Google says Nearby Share is launching “after years of development,” but the company isn’t saying why it’s taken so long to catch up to Apple on this front.