The Asus ROG Phone 3 is a smartphone aimed at gamers… just like the ROG Phone II and original ROG Phone before it.

But this year Asus is going bigger in just about every way. The Asus ROG Phone 3 has a faster processor, a faster screen refresh rate, and support for more RAM. 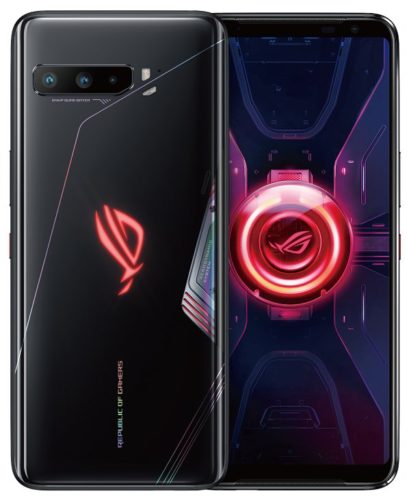 It’s not the only game in town though — the gaming phone space is more crowded than it used to be, and some competitors are going big in other ways. The Lenovo Legion Phone Duel, for instance, has 90W fast charging. The Asus ROG Phone 3 tops out at 30W.

But the Asus phone has a bigger battery than Lenovo’s phone and support for a whole bunch of Asus-specific modular gaming accessories, including:

The GameCool 3 cooling system comes with the phone, while the other accessories are sold separately.

Asus says the new phone not only has a faster screen refresh rate with a 1ms response time, but it also has a 270 Hz touch sampling rate for 25ms latency. And the company says it’s also improved its pressure-sensitive AirTrigger buttons with the inclusion of a motion sensor and new customization options.

US pricing and availability details haven’t been announced yet, but xda-developers reports the Asus ROG Phone 3 will be available in Europe this month for €799 (~$925) and up, and it’s heading to India in early August for ₹49,999 (~$670) and up.