There are only a handful of Windows laptops and tablets powered by Qualcomm’s Snapdragon 8cx processor, including the Samsung Galaxy Book S and the Lenovo Flex 5G.

Now it looks like Qualcomm may be planning to launch a new version of the chip which could speed up future Windows on ARM devices.

WinFuture reports that an unannounced Qualcomm SC8180XP processor showed up in a database recently and, aside from tacking the letter P to the end of the model number for the Snapdragon 8cx, the biggest change is support for higher top speeds. 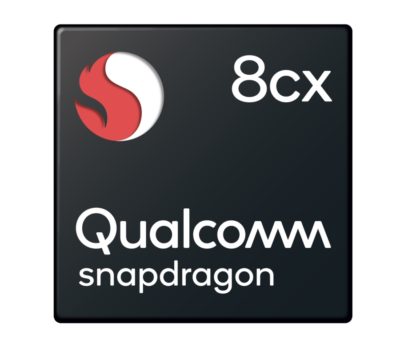 Qualcomm already has a slightly faster version of the Snapdragon 8cx… but it’s a custom chip called the Microsoft SQ1 that’s exclusively available in the Microsoft Surface Pro X tablet.

The new chip could support even higher top speeds. While it’s unclear what the new processor will be called, let’s assume for the purposes of the comparison table below, that it’ll be called the Snapdragon 8cx Plus.

Just keep in mind that these are all unofficial specs obtained by WinFuture. Take them with a grain of salt until the new processor is officially launched.

There’s no word on whether we can expect any changes in power consumption or other features., And while WinFuture’s sources say the Snapdragon 8cx Plus has a GPU clock speed of 718 MHz, it’s unclear whether that’s any faster than the GPU frequency for the original Snapdragon 8cx, since Qualcomm has never officially released detailed information about that particular spec.