As promised earlier this year, LG is bringing its first 5G-ready laptop to market. The new Lenovo Flex 5G is a thin and light convertible notebook with a 14 inch touchscreen display, a 360-degree hinge, and built-in support for 5G connectivity as well as WiFi and Bluetooth.

It will also be the first computer to ship with a Qualcomm Snapdragon 8cx 5G processor when the Lenovo Flex 5G goes on sale June 18th.

Lenovo says that means you can expect long battery life, always-connected capabilities, and well… the company isn’t really making any promises when it comes to raw processing power. The Lenovo Flex 5G will be available from Verizon later this week for $1400 (or for $58.33 per month if you’d rather spread out the payments over 2 years). 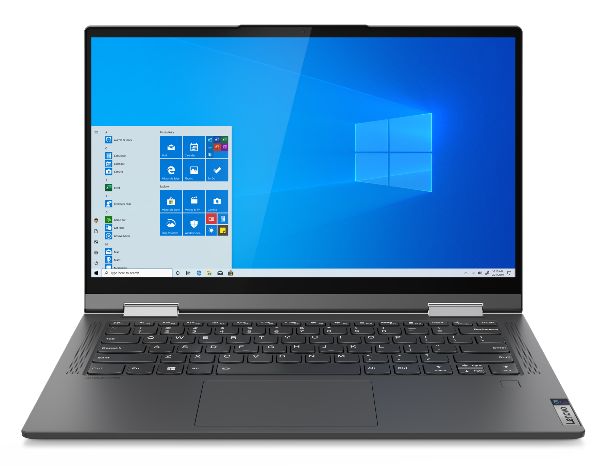 Lenovo and Qualcomm first announced plans to create a 5G laptop code-named “Project Limitless” more than a year ago. And while it will be one of the first 5G laptops to hit the streets, it’s using a processor that’s really more of a souped-up smartphone chip than a laptop processor — reviews of the Microsoft Surface Pro X (which has a similar, but not identical processor) suggest that Qualcomm’s latest chips for Windows computers excel at energy efficiency and connectivity… but run into problems when running Windows applications that aren’t optimized for ARM architecture.

That could make the $1400 price tag for the Lenovo Flex 5G tough to swallow. But if you’re primarily interested in a portable device with long battery life and an always-available internet connection and don’t mind running apps that are optimized (including Microsoft Office), then maybe a Windows on ARM device isn’t such a bad value proposition.

The Lenovo Flex 5G does feature premium materials and features. It has an aluminum lid and a magnesium aluminum alloy body, a backlit keyboard, and generally decent specs… although some of them read more like smartphone or tablet specs than laptop features.

Here’s a run-down of the Flex 5G’s hardware:

While the laptop will be available as the Lenovo Flex 5G and sold by Verizon in the United States, Lenovo says it will also be available in other countries later this year and may be branded as the Lenovo Yoga 5G in select markets.