The Acer Swift 5 is a thin and light laptop that measures less than half an inch thick and has a starting weight of less than 2.2 pounds. Acer has been making Swift 5 notebooks since 2016, but every year the company manages to give the ultraportable notebooks a spec bump while often reducing the size of the laptop at the same time.

This year Acer shrunk the screen bezels to give the ne Acer Swift 5 a 90-percent screen-to-body ratio, while also upgrading the processor from a 10th-gen Intel Ice Lake chip to a new 11th-gen Intel Tiger Lake processor.

Acer says the new Acer Swift 5 will be available in October with a starting price of $1000. 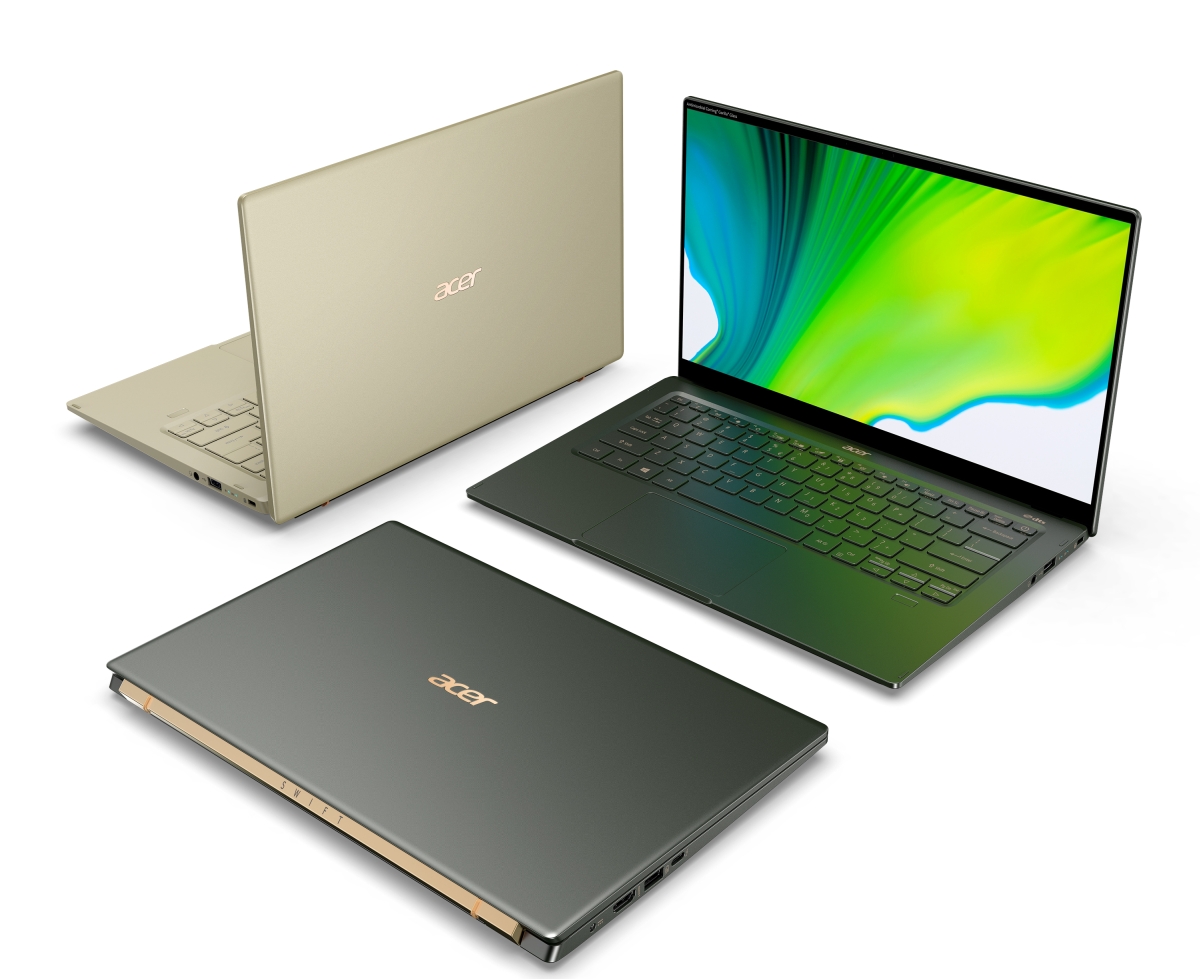 Of course, Intel hasn’t officially launched Tiger Lake yet, so Acer is just saying that this notebook will ship with a processor featuring”next gen Intel Core” architecture. But it’s a thin and light laptop that’s also said to feature Intel Xe integrated graphics, so Tiger Lake is a pretty safe bet.

The new Swift 5 features a magnesium-lithium and magnesium-aluminum chassis and the computer will be available in two color options: mist green or safari gold.

The laptop has a 14 inch full HD IPS touchscreen display with support for up to 300 nits of brightness and 72-percent NTSC color gamut.

Other features include Thunderbolt, USB-C, and USB 3.2Gen 2 ports, WiFi 6, Bluetooth 5.0, anda choice of 40Wh or 56 Wh batteries (opting for the larger battery brings the computer’s weight to 2.3 pounds

Acer says the laptop supports up to 16GB of LPDDR4X memory, has an M.2 PCIe slot for solid state storage, and ill be available with an option for NVIDIA GeForce MX350 graphics… although it remains to be seen whether NVIDIA’s entry level graphics card will offer much of a performance boost over Intel’s new Xe gaphics.

One reply on “2.2 pound Acer Swift 5 laptop with Intel Tiger Lake coming in October for $1000 and up”