The PineTab is a 10.1 inch tablet with a 1280 x 800 pixel display, a quad-core processor, 2GB of RAM and 64GB of storage. And while those specs aren’t exactly exciting, there are two things that make the PineTab stand out from most other tablets on the market today:

First announced over a year ago, the PineTab is now available for pre-order from the Pine64 Store and the company says the tablet should begin shipping to customers in late July. 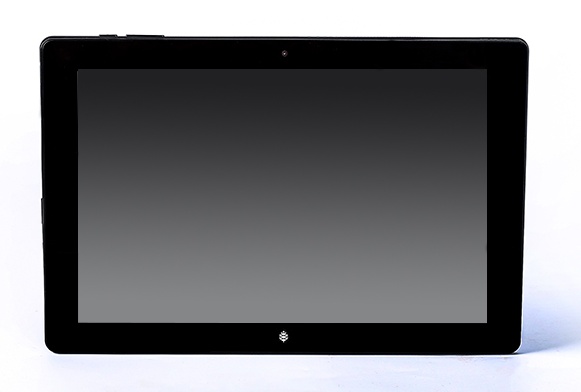 Like other Pine64 products (including single-board computers, laptops, smartphones, and smartwatches), the PineTab is designed to be an inexpensive, ARM-powered device that runs free and open source software.

In this case, we’re looking at $100 tablet that you can also use as a laptop thanks to a detachable backlit keyboard (which is available as an optional $20 add-on).

Since Pine64 is positioning the PineTab as a tablet that you can also use as a laptop, the company is shipping it with an operating system that supports multi-mode usage. The tablet will come with a beta version of UBPorts’ Ubuntu Touch operating system that allows you to switch between a  mobile/touch-friendly user environment and a more traditional laptop/desktop-style environment when the keyboard is attached. 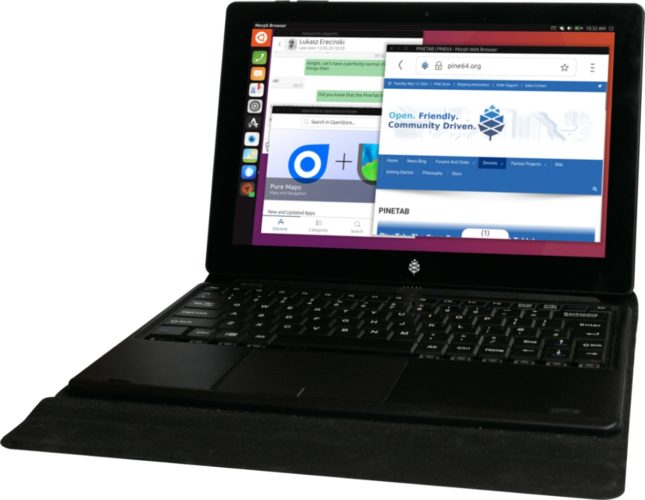 But there’s nothing stopping you from replacing Ubuntu Touch with a different operating system, assuming you can find (or make) one that meets your needs.

You can boot an alternate Linux distro from a microSD card, and Pine64 says there’s initial support for postmarketOS and Arch Linux as well as Ubuntu Touch.

Here’s an overview of the tablet’s specs:

The tablet has a black plastic case and if you add the detachable keyboard, you have a device that’s 21.1mm thick and 950 grams (0.8 inches and 2.1 pounds).

In the future, Pine64 also plans to offer optional add-on modules that will let add an M.2 SATA SSD, M.2 LTE and GPS board, LoRA module, or RTL-SDR module. You’ll only be able to use one adapter module at a time though, and they won’t be available at launch.

Still, the PineTab is already shaping up to one of the most affordable Linux tablet options, and the promise of expansion modules could also make it one of the most versatile.

Just don’t expect stellar performance from a device with an Allwinner A64 processor. The chip is similar to the Broadcom BCM2837 processor used in the Raspberry Pi 3 (which was released in 2016).