PC-on-a-stick computers had a bit of a moment a few years back, but we haven’t seen many new models since Intel phased out its Intel Compute Stick product family.

But the new MINISFORUM S40 keeps the PC Stick dream alive. It’s a bit on the chunky side, but the S40 is a full-fledged computer that you can plug directly into the HDMI port of a TV or monitor.

It’s available from Banggood for $190.

The little computer measures about 5.2″ x 1.8″ and has an HDMI connector on one end. Under the hood it features:

Is this the best little computer you can get for under $200? Almost certainly not. But it’s definitely one of the smallest that’s capable of driving two 4K displays. 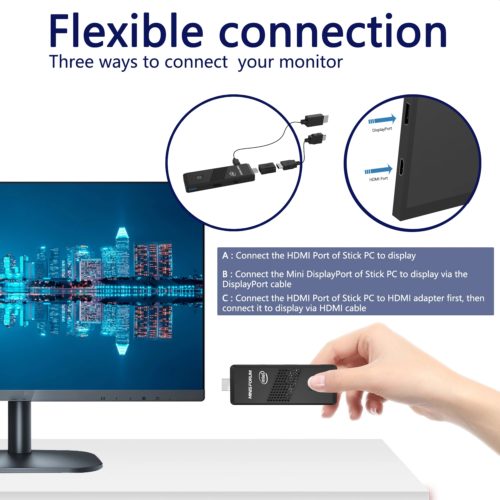 In addition to the HDMI 2.0 connector, there’s also a Mini DisplayPort which allows you to connect a second display. MINISFORUM says the little computer can handle up to two 4K displays at 60 Hz.

Other features include USB 3.0 and USB 2.0 Type-A ports, a microSD card reader, and Windows 10 Pro software.