German smartphone maker Shift makes phones that are designed to be modular and easy to repair. And now the company has introduced a tablet with the same design ethos.

The SHIFT13mi will be a 2-in-1 tablet with a 13.3 inch touchscreen display, a detachable keyboard, support for Windows 10 or Linux, and upgradeable, replaceable, and repairable components.

Unfortunately the tablet is little more than a concept at this point — Shift is taking pre-orders now for €1,222 ($1330), but development is expected to begin later this year and the tablet isn’t expect to ship until sometime in the first half of 2021. 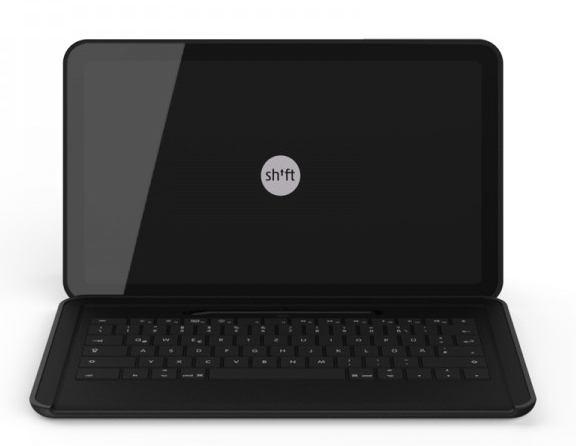 For now, here’s what Shift is hoping to deliver. The SHIFT13mi will have a full HD display with finger and pen touch support, an Intel Core i5 Tiger Lake processor, support for up to 64GB of LPDDR4 of RAM, and a solid state drive. It will support WiFi 6 and Bluetooth 5 and have a Thunderbolt 4/USB Type-C port.

The starting price is for a model with 16GB of RAM and around 500GB of storage, but not only will you be able to pay up front if you want more, but you’ll be able to upgrade those components on your ow.

Unlike most tablets (and unlike many current notebooks), the RAM, storage, and battery will all be replaceable. The computer has an M.2 slot for solid state storage and two SODIMM slots for memory.

The company plans for the SHIFT13mi to be a fanless device, which suggests that the tablet will be powered by an Intel Core Y-series processor. But Shift also hopes to make the mainboard removable, which would theoretically allow you to upgrade to a different processor at some future date (assuming Shift releases an upgraded version or you or another third party can design your own).