When Chinese mini-laptop maker One Netbook first announced plans to release a tiny gaming laptop with an Intel Tiger Lake processor, there was just one problem — Intel hadn’t actually launched that chip yet.

Now that the company is getting ready to start taking pre-orders for the One GX mini gaming laptop, that problem… still exists. 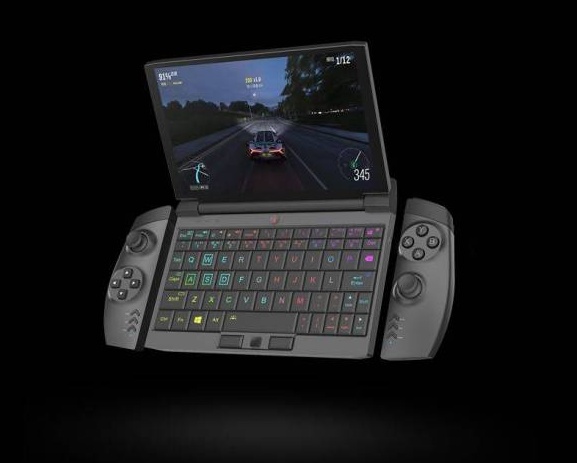 That 10th-gen Intel Core processor is one of the chips One Netbook uses in its latest One Mix 3 Pro laptops, so the company has some experience working with these processors already (although, it’s worth noting that One Netbook calls them “Comet Lake-Y” processors, while Intel calls the chips “Amber Lake-Y”).

But they also feature substantially less powerful graphics than we’re expecting from the upcoming Tiger Lake chips… or even the current-gen Intel Core i5-1035G7 Ice Lake processor with Iris Plus graphics (which is the chip GPD chose for its Win Max mini-gaming laptop).

For a laptop designed for gaming, Comet Lake/Amber Lake seems like an odd choice. Then again, the original GPD Win had an Intel Atom processor with Intel HD 405 graphics, and the GPD Win 2 has a Core m3 chip with Intel HD 615 graphics. But those devices also feature lower-resolution displays, which means the GPUs don’t have to work as hard.

Anyway, maybe it’s best to think of the first-gen One GX as a general-purpose mini-laptop that just happens to have detachable game controllers, while the upcoming One GX Pro will be a true portable gaming PC. Maybe.

One Netbook will begin taking pre-orders for the non-Pro version in China on May 30, with pricing starting at around $620.

Here’s a run-down of the key specs for the One GX and One GX pro that we know about so far:

According to the spec sheets, the systems also feature dual cooling fans, and the Pro model has support for an active pen with 2048 levels of pressure sensitivity. It’s not clear if the standard model doesn’t have that, or if One Netbook just omitted it from the spec sheet).

Sadly there’s still no word on which 4G and 5G network bands the little laptops will support.

Update: There’s now an official One GX page on One Netbook’s website. But there aren’t many details listed yet.

Update 2: One Netbook has posted what appears to be a real-world picture of the One GX: