NVIDIA’s GeForce Now game streaming platform operates under a rather simple premise — play the games you already own on any supported device by streaming it from a remote server. That means you can play PC games on an Android Phone, NVIDIA Shield TV, or entry-level computer without the need to invest in expensive gaming hardware.

There’s just one problem — not every game publisher is cool with their titles being used this way. Shortly after GeForce Now graduated from beta earlier this year, Activision Blizzard prohibited its games from being played via the game streaming platform. A few months later, Warner Bros, XBOX Game Studios, Codemasters, and Klei Entertainment followed suit.

Now NVIDIA has announced that GeForce Now will be opt-in for game publishers moving forward, which should hopefully reduce the risk of games you can play today disappearing from your library tomorrow. 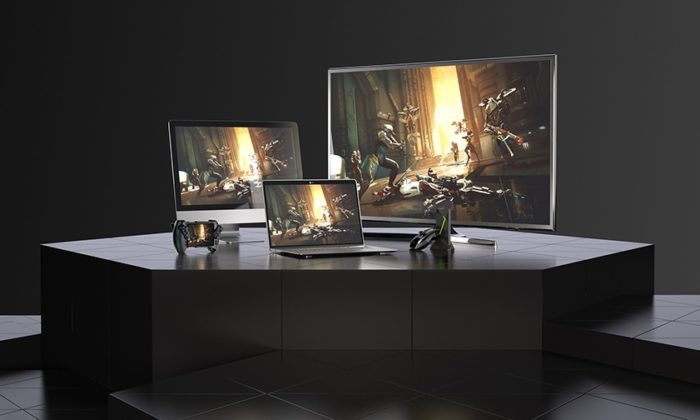 That said, it also means that the library of supported games is a bit smaller than it might otherwise have been.

NVIDIA says there are more than 500 games that are currently playable including popular titles such as Destiny 2, Fortnite, Rocket League, Dota 2, Counter-Strike: Global Offensive, and Tom Clancy’s Rainbow Six Siege. But that leaves an awful lot of PC games that aren’t playable.

According to NVIDIA there are more games on the way though, with “more than 2,000 games already committed to the services.”

The current 500 game catalog is still a lot more than you get from Google’s Stadia game streaming service — but Stadia has a different business model from GeForce Now.

While NVIDIA’s service lets you stream PC games you’ve already paid for, Stadia lets you buy individual games to stream exclusively from its platform and/or pay for Stadia Pro and access a selection of games that are included in the subscription price.

GeForce Now offers free and paid plans. Free users can play for up to an hour at a time. But if you pay $5 per month for a Founders membership, you get extended session times, priority access, and support for RTX graphics. There’s also a 90-day free trial before you have to pay for a subscription.