The Surface Earbuds, which were first unveiled last year and then delayed also ship May 12th. They’re available for pre-order for $199. 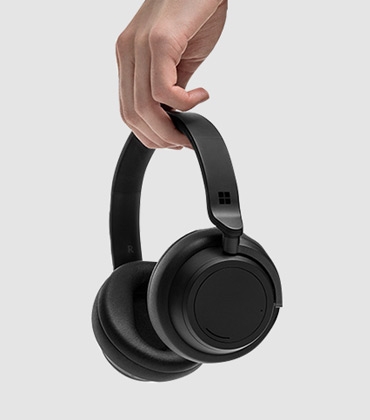 That means the Surface Earbuds will actually be $50 less than anticipated. But the feature set should remain unchanged — Microsoft says you can expect up to 8 hours of battery life, support for voice controls or touch input (they have big touchpads on the outside), and IPX4 water resistance.

Microsoft’s earbuds also come with a charging case that lets you recharge the Surface Earbuds up to two times on the go, for a total of 24 hours of battery life. You can recharge the case with a USB-C cable. 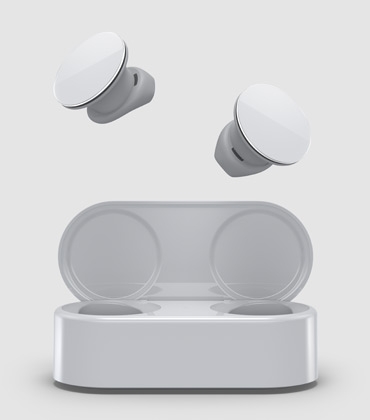 The new Surface Headphones 2, meanwhile, offer up to 20 hours of battery life, include support for aptX Bluetooth audio, and an updated ear cup that can be rotated 180 degrees when you’re wearing the headphones around your neck.

You’ll also be able to choose from two color options: the original Surface Headphones were only available in platinum, but the 2nd-gen version comes in platinum or black.