Google has a long history of using computers to do thing that… quite honestly could probably be done better by humans. But it’s easier to scale an algorithm than it is to hire more people. And that leads to situations where an algorithm makes an obviously wrong decision that stays in place until a human intervenes.

Two recent cases: earlier this month the developer of the popular Chrome extension Pushbullet reported that the app was removed from the Chrome Web Store, but Google never explained what the problem was. The issue was only resolved after enough buzz was generated on social media and blogs for it to be brought to the attention of real people working at Google.

Flash forward a few days and one of the most popular podcast apps was removed from the Google Play Store. Why? Apparently because you could use Podcast Addict to listen to podcasts related to COVID-19, which an algorithm decided was a violation of policies enacted to avoid coronavirus disinformation.

Of course, the Google Podcasts app was still in the Play Store, despite being able to access those same podcasts. And, you know… web browsers. Again, the issue was resolved when it garnered enough public attention. But what happens if you’re a smaller developer that gets your app booted from one of Google’s marketplaces for no good reason and you can’t rally thousands of people to your cause? 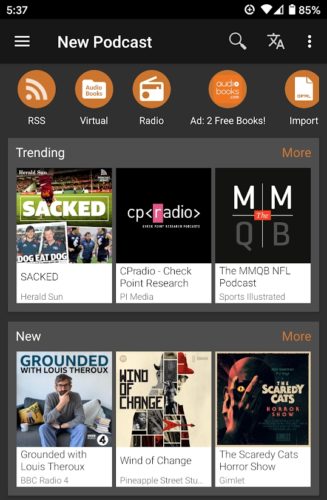