Ahead of launch, EA’s Jim Vessella announced the developers are also releasing the source code for some key parts of the games under a GPL v3.0 license. 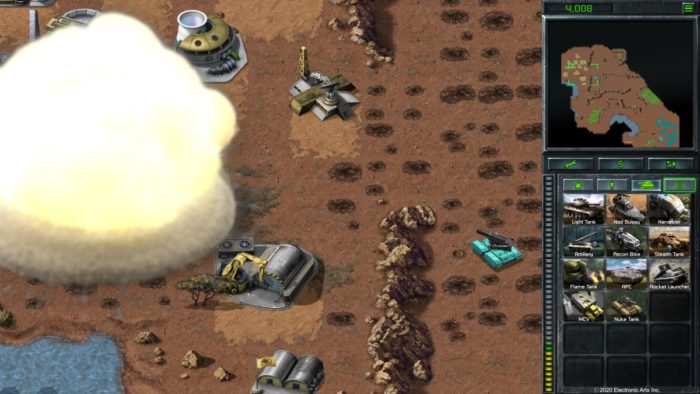 The move is designed to assist mod developers who want to create custom maps, units, artwork, and even gameplay logic or other data. The image above, for example, is a modified version of the game where instead of a gun turret, the Mammoth Tank has an artillery canon that shoots tactical nuclear weapons — something that’s not normally possible in the game.

Open source components will include TiberianDawn.dll and RedAlert.dll, and Vessella says this makes Command & Conquer the first major RTS game franchise to open up its source code to the public — which could also assist game developers who want to examine the code to create their own games.

Of course, it’s not like there wasn’t already a community of developers doing something similar. Even without the source code, the OpenRA project has been recreating C&C games using its own open source game engine.

via Hacker News, ScreenRant, and GameRevolution