The latest flagship phone from OnePlus features a 6.78 inch display with a 120 Hz refresh rate and 10-bit color. The new OnePlus 8 Pro is also the first phone from the company to feature quad cameras. And, as you’d expect, the phone also packs Qualcomm’s latest flagship processor, the Snapdragon 865.

The OnePlus 8 Pro is available for purchase in Europe starting today, and it goes on sale in the US starting April 29th for $899 and up. 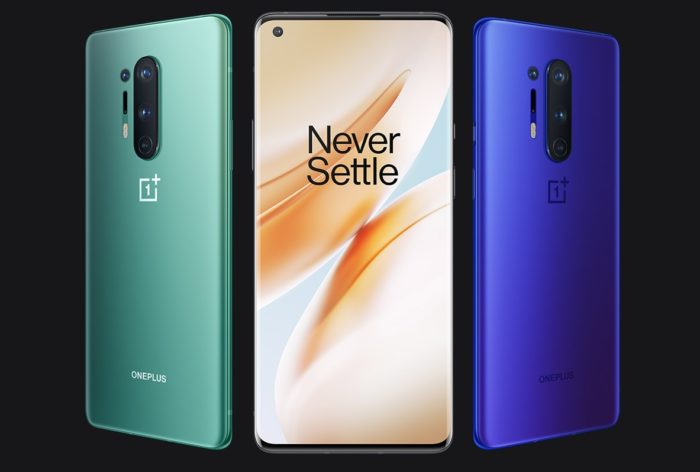 OnePlus says some of the biggest upgrades in the new phone are the display and the camera.

The display is a 3168 x 1440 pixel screen with support for displaying 1.07 billion colors, a high screen refresh rate, and an even higher touch response rate of 240 Hz. The screen also supports up to 1,300 nits of peak brightness and HDR 10/10+ video playback.

The phone has an in-display fingerprint reader and a hole-punch cut-out for a 16MP front-facing camera. On the back of the phone, there are four cameras: 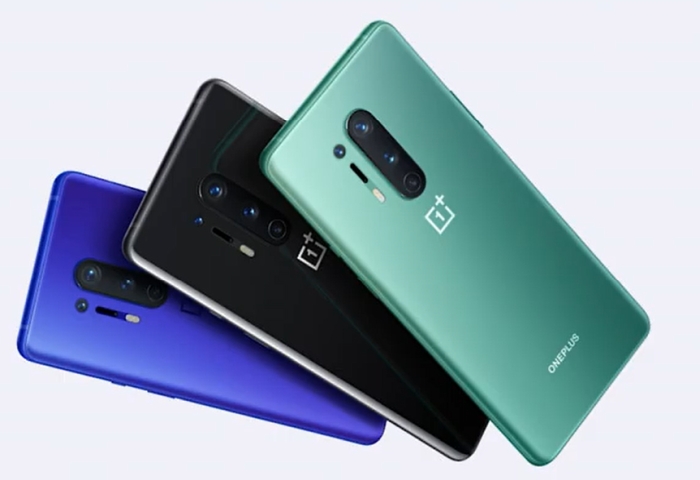 The OnePlus 8 Pro is also the first phone from the company to officially feature IP68 certification for water resistance.

Other features include support for up to 12GB of LPDDR5 memory and 256GB of storage, stereo speakers, WiFi 6, and a 4,510 mAh battery plus support for 30 watt wired or wireless charging. OnePlus says it takes about a half hour to go from zero to a 50-percent charge.

The phone also supports reverse wireless charging, allowing you to charge earbuds or other accessories using the phone.

The OnePlus 8 Pro has a curved glass back and the phone comes in thee color options: black, blue, or green.

OnePlus is also launching the cheaper, smaller OnePlus 8 smartphone today. It features a 6.55 inc, 90 Hz display and a starting price of $699. But that model has a less impressive camera system, and features LPDDR4X RAM instead of the faster LPDDR5 used in the Pro model.