Google’s mid-range Pixel 3a was a surprise hit last year, and the company was allegedly planning to launch a follow-up during this year’s Google IO developer conference… before the event was scrapped.

But a Google Pixel 4a is almost certainly still on the way, and several new sets of pictures have popped up in the past 24 hours that give us a look at the upcoming phone. The folks at 9to5Google also claim to have been able to confirm the phone’s key specs and features with “sources.”

So here’s what we’re expecting Google to announce sometime in the coming weeks or months. 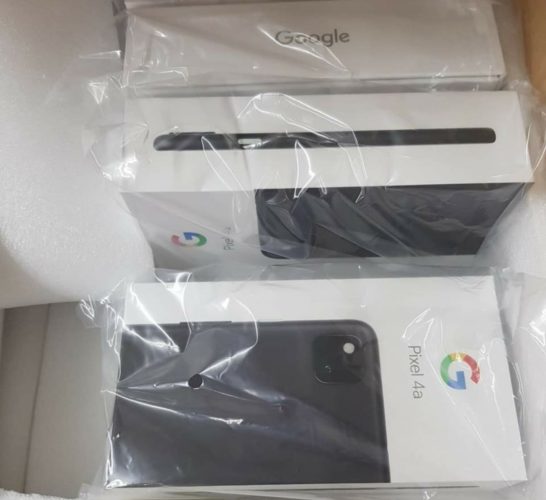 First, the latest images seem to confirm that the phone will have just a single front camera (in a hole punch cut-out) and a single rear camera (paired with an LED flash). If you were holding out hope for a telephoto or wide-angle camera, this might not be the mid-range Pixel for you.

Second, a photo that appears to show the retail packaging suggests that a launch could be imminent.

And third, here’s a run-down of the specs we’re expecting:

According to 9to5Google, the phone is expected to have a starting price of $399.

A few features this phone does not have are the Pixel Neural Core image processor or Soli radar chip found in the higher-priced Pixel 4 smartphones. That means you won’t get support for hands-free gestures, face unlock, or some of the image processing features available in the Pixel 4 and Pixel 4 XL.

But for about half the price, the Pixel 4a seems like a phone that should offer more than half the user experience. As a Pixel phone, it will receive at least 2 years worth of major OS updates and 3 years of security updates and it will support the latest Google Assistant features, among other things.

Google Pixel 4a is On It’s Way… pic.twitter.com/rJclXg1Yqo