This week Chinese device maker unveiled a new line of smartphones with color E Ink displays. But they’re not the company’s only new electronic devices.

The Hisense Q5 is a 10.5 inch tablet with a grayscale display, an octa-core processor, and Android 10 software. 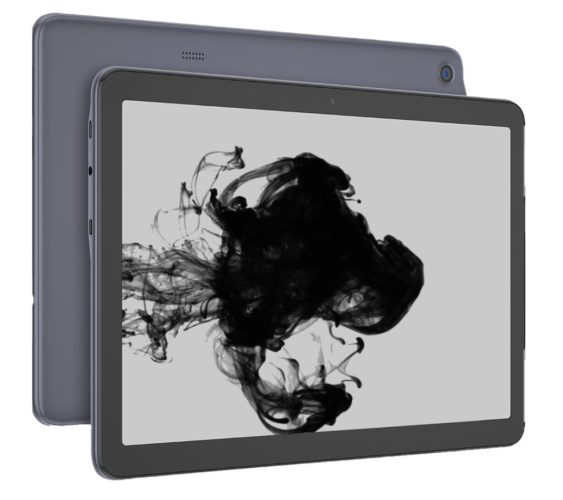 Like the Hisense A5 Pro smartphone, this tablet has 4GB of RAM, 64GB of storage, and a Unisoc T610 processor, which features:

But the new Hisense tablet is bigger than the smartphone, has inferior cameras, and features a pogo pin connector on the bottom, suggesting you may be able to use the Hisense Q5 with a keyboard.

It also supports 4G LTE, although support will most likely be largely limited to Chinese networks. Other features include a mono speaker, mono microphone, and a microSD card reader with support for cards up to 128GB.

Update: An earlier version of this article referred to the Hisense Q5 as a tablet with an E Ink display, but it appears this tablet’s grayscale display may actually be a reflective LCD screen. This could give it a faster screen refresh rate while still enabling high outdoor visibility without a backlight. But it may not feature the high contract and lower power consumption associated with E Ink displays.

3 replies on “HiSense Q5 is a 10.5 inch Android tablet with an ePaper screen”