Android 11 Developer Preview 3 is out today, and it’s available for download for Pixel 2 and later smartphones. This is the final developer preview build in Google’s roadmap — up next are beta releases and the stable version of Android 11 should be ready this fall.

Google’s announcement is primarily focused on new features for developers, but some of those changes could also come in handy for power users. 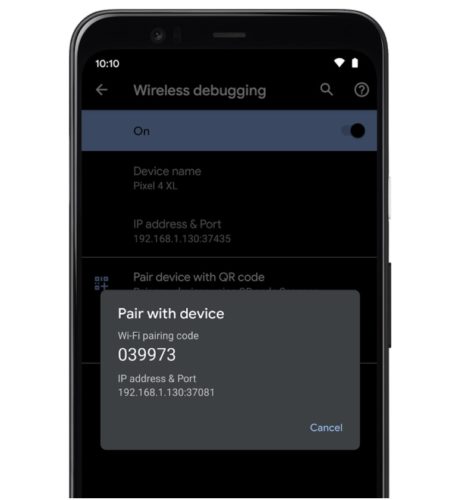 For example, some folks noticed that the previous developer preview enabled full support for wireless ADB (Android Debug Bridge). Now Google is making documentation available and promising to make wireless debugging easier to set up int he future by adding QR code scanning to its Android Studio developer tools in the future.

Wireless debugging can let you transfer data between a computer and Android phone to remote control your device, install apps, or perform other functions without a USB cable.

Other new features in Android 11 DP 3 include:

Google notes that this is still a preview release and, as such, it may have stability, battery life, or performance issues or other bugs. Some apps that require SafetyNet may also not function properly.