The Evercade handheld game system is designed to let you play classic console games on the go (or around the house if you’re sheltering in place or social distancing).

But unlike most retro console it’s not designed to play downloaded ROMs and it doesn’t come with any games built-in. Instead, you can buy a collection of games on a cartridge, and swap out cartridges to play a different set of games.

Originally unveiled last year, the Evercade was originally supposed to ship by the end of 2019. That didn’t happen, and the coronavirus pandemic’s impact on Chinese supply chains has slowed things down a bit this year — but now the folks at Evercade say that the handheld game console will be available starting May 22, 2020.

It’s up for pre-order Funstock.co.uk. 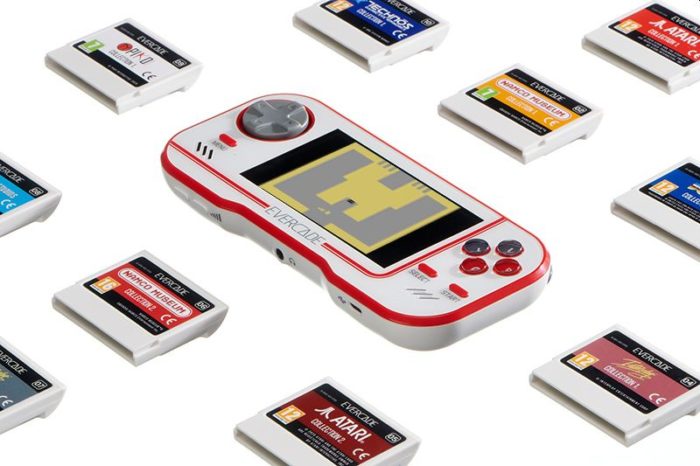 Prices start at about $74 for an Evercade game console plus a Starter Pack cartridge with 11 games including Pac Man, Galaxian, and Dig Dug.

$99 gets you the game console plus 3 game cartridges (with a combined 37 games from Atari, Namco, and Interplay).

Or you can spend $186 to pick up a bundle that includes the Evercade console and 9 game cartridges for 115 total games.

If you’d rather collect games piecemeal, individual cartridges sell for about $19 each.

According to Engadget, which got its hands on a pre-production model of the Evercade, the handheld game system will also be available for pre-order from Amazon starting April 5, 2020. And it should be available in select European stores when the console ships on May 22. 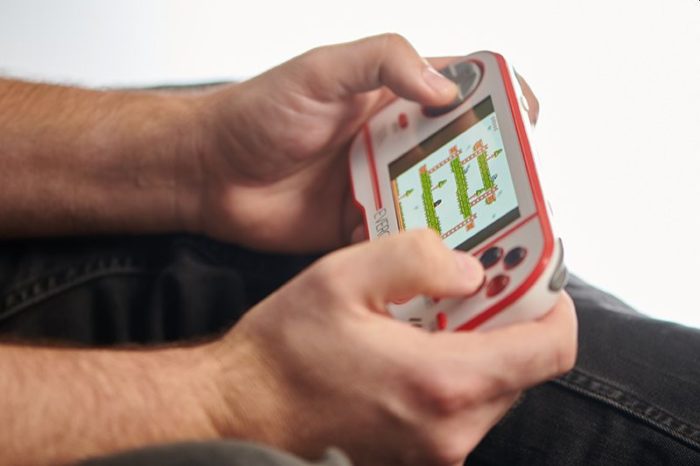 And Evercade promises additional cartridges will be available in the third quarter of the year, including one that includes 17 Atari Lynx games, plus a 2-game cartridge featuring XenoCrisis and Tanglewood.

Retro consoles have been around for ages, but they’ve been having a bit of a moment for the last few years. Since Nintendo kicked things off with the popular NES Classic Edition, we’ve seen similar retro consoles from Sony, Sega, Konami, SNK,and others. But while each of those devices come with a selection of games pre-installed, there’s no official support for adding more games to the platform (although there’s sometimes and unofficial way to do it).

Most third-party retro consoles do let you load your own games… but they’re rarely officially licensed, which means you may have to break the law in order to find games you can play. 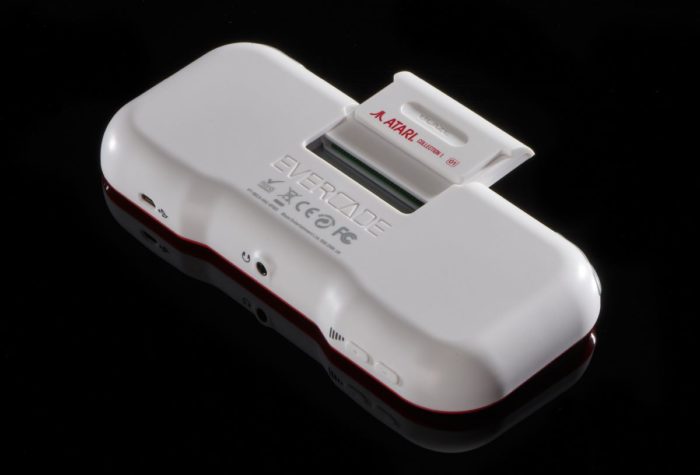 Evercade’s system is interesting because it relies on swappable cartridges with officially licensed games, giving you a legal alternative to piracy while keeping a retro aesthetic.

The company’s handheld game console has a 4.3 inch display and classic console-style controllers including a D-Pad, Select, Start, and Menu buttons, X, Y, A, and B buttons, and shoulder buttons. It has a 4.3 inch, 480 x 272 pixel display which may seem low res by modern standards, but which should be fine for playing most old console games.

The system also has stereo speakers, a mini HDMI port for outputting video to a TV, and a battery that should be good for up to 4-5 hours of game play. You can recharge the battery using a USB adapter.