It looks like there’s a new player in the mini-laptop space. Sort of.

The MAL-FWTVPCM1 is a tiny laptop with an 8 inch touchscreen display, a 360-degree hinge that lets you fold the screen back and hold the computer as a tablet, and a QWERTY keyboard that’s just big enough for touch typing.

It also looks virtually identical to the Chuwi MiniBook that I reviewed last year, so it’s likely that the computer is based on the same design. Some of the specs are different though. 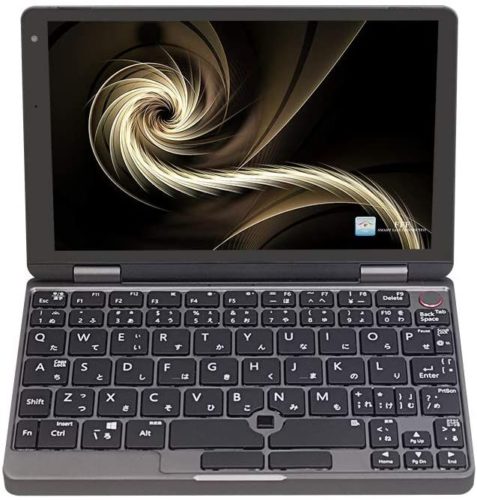 The little laptop is powered by a 6-watt Intel Pentium Silver N5000 quad-core Gemini Lake processor and features 4GB of LPDDR4-2133 memory (not upgradable) and 128GB of eMMC storage. But there’s also an M.2 2242 slot that you can use to add a SATA SSD).

It also has a decent selection of ports and connectivity/multimedia options:

But given that computers tend to carry higher prices in Japan than the US, the $410-$550 price doesn’t look bad at all.

By way of comparison, the best prices I could find for the Chuwi MiniBook at the moment run from $430 to $530, although that’s not exactly an apples-to-apples comparison because of some differences in specs: