But you know what’s even faster? AMD’s 16-core Ryzen 9 3950X processor. That might seem like comparing apples and oranges, since it’s a desktop chip… but that didn’t stop XMG from putting the chip into a 5.7 pound gaming laptop with a 15.6 inch display.

Sure, the XMG Apex 15 has an underclocked version of the Ryzen 9 3950X processor. But even running at 65 watts (instead of 105 watts), it offers a heck of a lot of horsepower for a mobile computer. 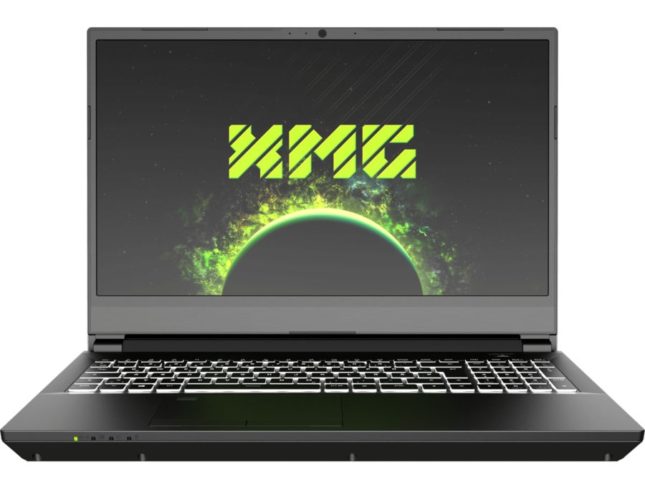 While the desktop processor typically has a base frequency of 3.5 GHz and top single-core boost speeds up to 4.7 GHz, the version used in XMG’s laptop is clocked at 2.6 GHz and hits top speeds of 4.2 GHz.

But it’s a 16-core/32-thread processor that should offer desktop-class performance, especially when paired with the laptop’s other specs:

The notebook measures 14.2″ x 10.2″ x 1.3″ and it could be one of the most powerful gaming laptops/mobile workstations around… but there’s a catch. With just a 62 Wh battery, I wouldn’t expect much in the way of battery life.

One disappointing thing about the laptop? It seems to lack a Thunderbolt 3 port, which seems like a strange omission on such an otherwise powerful notebook.

Update: I’ve been reminded that it’s virtually unheard of to see an AMD machine with Thunderbolt 3, although that may change in the future.

The product listing for the Apex 15 seems to be blank at the XMG website, but the laptop is available for purchase in Europe from Bestware for €1,337 ($1474) and up.

via ComputerBase and VideoCardz